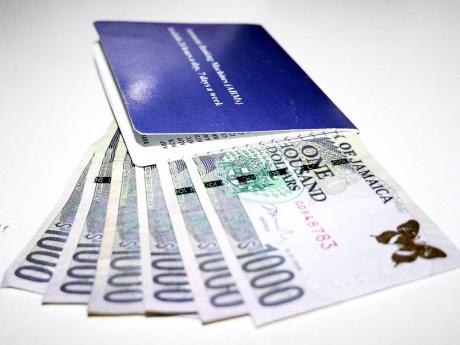 HELLO, MI neighbour! Coping with the rapid changes occurring in your world? Can you as much as catch your breath to critically examine some of them? In the mix is the bombardment of the mind with an array of unusual beliefs, philosophies and opinions. One by one, the weak-minded who own no opinion are falling by the wayside, only to become fuel for the fire of disarray - and some look on in dismay. Did you hear that scream for help? You didn't? Well, well ... .

And as the world churns, many have adopted the get-rich-quick mentality, thinking in terms of millions and billions instead of hundreds and thousands. Hard work as the pathway to success is being abandoned. Who will remind them that those who seek to get rich too quickly invariably end up in serious problems even quicker? May I offer a quotation from the Book of Wisdom? "Those who want to get rich fall into temptation and a trap and into many foolish and harmful desires that plunge people into ruin and destruction". Do we see this being played out before our eyes every day?

Hello, my neighbours, the world has changed, but you will not drive a nice, flashy car and own a nice, pretty house overnight. That might only happen in your dream. And I speak specifically to a friend whose daily priority is a lotto ticket because she believes that she is destined to win the jackpot and buy a mansion on a hill. 'Missis, guh fin' work do yah!' That was the voice of my mother, God rest her soul.

And I just imagine the stress my poor mother would be under if she lived in today's society. I can see her cleaning those boys off the streets and putting a book (especially the Bible) in their hands. I see her walking with bundles of clothing for those young ladies who forget to put on clothes before leaving home in the mornings. Knowing my mother, she would risk her life by standing in the middle of the street to ensure that motorists stop to allow especially the elderly and children to cross safely.

To conclude this little discourse, one would really hope that much of the supposedly positive changes that occur in our world would do more good for humanity, but alas!

Won't go into the details, but are you seeing what modern technology is doing to the minds of the innocent and vulnerable? Enough said. But there is more to be said: because mankind continues to abrogate the command to love neighbour as self, and to do unto others the good we would expect of them, the fruits of our labour will continue to disappoint.

My last point: if you help someone from the list below, it will change his or her world for the better and improve our world.

3. Rose Marie, for assisting a young man who wanted to start a career in barbering.

5. Sandra, St Andrew, for donating a sewing machine to Olga, who needs to start her own business.

3. Neighbour, suffering from back pains, asking for a mattress.

4. Sandra, having kidney problems, unable to walk. Asking neighbours for bus fare and food or help to do buying and selling.

5. Neighbour, asking for a sewing machine.

6. Neighbour, unemployed, in need of a sewing machine to assist with income generation.

8. Neighbour asking for a bed, TV and a door.

9. Danet, Westmoreland, asking for a mattress and a television - the children would be happy.