The peculiar case of Michael Misick 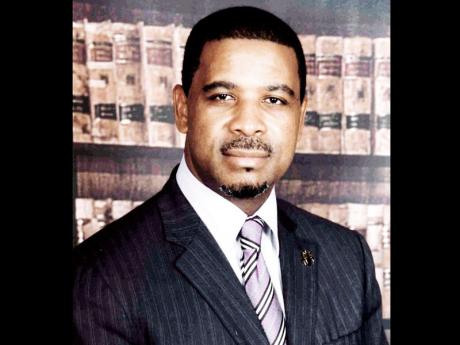 IF THERE'S one thing that's clear about the prosecution of former Turks and Caicos premier Michael Misick, it's that nothing is sure.

Yes, he took money from developers and business leaders - that much he's admitted to doing, according to prosecution documents.

Whether that means he's guilty of corruption, that is far from sure. The case against Misick relies on vague Turks and Caicos law that failed to specify how politicians can take donations.

It also hinges on a court set up by the British government specifically for the Misick case, with an imported judge and foreign prosecutors. Even if Misick is convicted, the decision could still be rejected by Turks and Caicos appeals courts. And maybe, more importantly, by its citizens.

The Misick prosecution has led to new cries for independence on the island. It's not just supporters of Misick who are accusing the British of overstepping their bounds, but even those who called for Misick's arrest. The outcome of the case could have direct implications on whether the island remains a European territory.

Hayden Boyce, publisher and editor of the Turks and Caicos Sun, was one of the island's most prominent voices against alleged corruption in the Misick government, but he also thinks the Brits overstepped their authority with the prosecution.

"Misick is accused of taking money from all kinds of people," Boyce said. "That's bad politics, but is it criminal? I haven't seen the proof that it is."

Rise to, and fall from, power

It was no surprise when Misick became chief minister in 2003. He had already served in the government for a decade, and the name Misick is well known on the island - siblings and cousins had served at nearly all levels of government.

Misick and his Progressive National Party promised to pass the island's first-ever legislation to combat corruption, although it got held up year after year in legislative process. Misick also wanted more independence from Britain and less oversight by London officials over the affairs of the island. He masterminded the passage of a new constitution in 2006 that made him the first-ever premier.

Meanwhile, the Misick government went on a spending spree. The island, with about 32,000 residents, had a budget deficit of $38 million and had overdrawn bank accounts by $6 million. The problems came despite a period of unprecedented growth, as high-end resorts began popping up on the white-sand beaches of Grace Bay.

In response, the Brits sent Sir Robin Auld, a retired Lord Justice of Appeal, and a team of investigators to conduct a commission of enquiry. As Auld worked, the British parliament stepped in and asked Queen Elizabeth to sign a proclamation suspending the Turks and Caicos Constitution. That put control of much of the island's government in British hands.

The following year, Auld's team produced a scathing, 265-page report that recommended corruption charges against Misick and much of his cabinet. It accused Misick of improperly accepting more than $20 million. Investigators seized Misick's assets, which had grown from $50,000 in 2003 to an estimated $180 million.

Misick resigned in March 2009 and left for Brazil two years later. He fought extradition for a year before Brazil's highest court agreed to ship him back in January on a United States-government flight.

Then Misick hired an impressive legal team and mounted a simple and potentially impenetrable defence, nothing he did was illegal when he did it.

Arguing for a jury of his peers

Misick received nothing short of a hero's welcome when he arrived in the islands. Crowds mobbed him at the airport and cheered his name. He's gotten the same treatment at festivals and holidays since - his appearance seeming like the return of a reborn son.

So it made sense then that Misick's legal team set out first to make sure he received a trial by jury.

His attorney, Kingston-born Courtenay Griffiths, is used to taking on high-profile cases. Griffiths has defended clients accused of acts of terrorism, like the Brighton Hotel and Harrods department store bombings, and former Libyan warlord Charles Taylor.

Griffiths filed petitions and made impassioned arguments on Misick's behalf to make sure a jury would hear the case, instead of having a trial by judge with Jamica-born Justice Paul Harrison presiding.

Prosecutors, who declined to comment for this article, argued that a fair trial by jury would be impossible on the tiny island, where almost every potential juror would have a personal connection to Misick or his large extended family.

There's also an ordinance signed in 2010 by then Turks and Caicos governor, Gordon Wetherell, that allows trials to be heard by a judge alone. Misick supporters have claimed Wetherell signed the order with one purpose: to make sure Misick doesn't get a jury trial where he would be judged by sympathetic citizens.

Griffiths has called Wetherell's order an insult to the Turks and Caicos people that harkens back to colonialism. "What it suggests is there is a standard of justice in the outside world that doesn't exist in these islands," Griffiths said. "Who makes that decision that these are not the kind of people who can sit on a jury?"

Washington Misick, the former premier's brother and finance minister, said he doesn't like the way the Brits have gone about running the government since it seized power. "In my view, they have totally overreached and, in some ways, alienated large portions of the community," he said.

As for the trial of his brother and other former government officials, it's not just about the final ruling, Washington Misick said. "Justice must not only be done, but it must be seen to be done correctly."

Griffiths has argued that justice may not be possible under the current system. The British government brought in a judge, prosecutors and investigators to try to convict the former premier, and it's the British government that stands to benefit if they're successful because public lands sold by Misick's government could then return to the crown.

"These are not points where a judge should, and I put it bluntly, put himself in front of a firing range," Griffiths said. Ruling against Misick and returning land to the British could spark violence in a country, Griffiths continued, where people "are clamouring for independence".

Back in 2007, when Misick first faced accusations of corruption, he didn't hedge in his defence. Sure, he took money, he said under oath, but he claimed he never broke the law.

In a written response to questions from investigators, Misick claimed that the money he took was simply political donations. Because his government had never passed the anti-corruption law, there was nothing unlawful about it, he claimed. And while the Constitution required elected officials to declare financial interests, "there has been a cross-party culture not to".

Some donations he received directly, while others went through his party, according to prosecutors. Sometimes, he'd receive a portion of a development before it would come up for a vote, while other times it was simply cash. In the largest payment, Misick received $6 million from a Prague bank that was in talks with the Turks and Caicos government over funding a project in Salt Cay.

Prosecutors haven't offered a total of the contributions and loans, but adding up the individual accusations against Misick shows $12 million in loans and donations, $10 million in free private-jet trips, and portions of ownerships in multiple island developments that could be worth tens of millions more.

The question now is whether any of it is against the law. Because the Turks and Caicos government didn't have an anti-corruption law, prosecutors have relied largely on English common law. There is precedent that common law makes bribery of a public official a crime, but it's questionable whether common law applies in the Turks and Caicos - and whether what Misick took could be construed as an illegal bribe.

While prosecutors allege Misick improperly sold off Crown lands to friends who were slipping him money, it's also unclear whether that was against the law. The island's governor at the time, for instance, raised no objections to the sales, said Boyce, the newspaper publisher.

"It was a collective decision to sell the land, voted on by the entire cabinet and made public," Boyce said. "If the British government objected, they had a chance to raise it."

It's not that Boyce is a Misick supporter. He called for an investigation into Misick in his newspaper. And Boyce's wife, former health minister, Lillian Boyce, testified against Misick during the corruption investigation, calling him a "dictator".

"These are not very strong charges. They're made to appear serious, but they're not when you read what's in front of the court."

Harrison is expected to rule this month on whether Misick's innocence will be considered by a jury. The trial is scheduled to begin in October and last at least five months.

It's unclear what would happen to Misick if he's convicted because the accusations he faces are largely not based on a specific law, his potential sentence is not clearly defined in the law and is anybody's guess.

Eric Barton is a Florida-based freelance journalist. He can be reached at ericbarton@journalist.com.