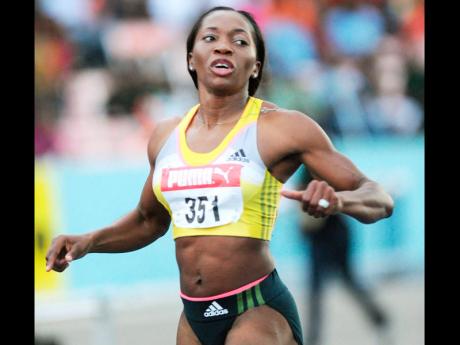 WITHOUT A doubt, Novlene Williams-Mills has been the country's most consistent female 400-metre senior athlete over the past five years.

Come this weekend - at the Jamaica Athletics Administrative Association (JAAA) Supreme Ventures National Senior Championships - she looks set to add another title as she has been blazing the track this season and should continue that good form on local soil.

In the Diamond League series, she has been impressive, raking up wins upon wins and in the process beating some of the world's best.

With a season best of 50.06 seconds, she has the top four fastest times by a Jamaican, and with her sights set on her first Diamond League 400-metre title, plus the Commonwealth Games in July, she looks set for another impressive run.

It will be interesting to see who takes the other top two spots, to book their individual tickets for the Commonwealth Games.

After bursting onto the scene in fine style a year ago, Stephenie McPherson, who was the country's top finisher at last year's World Championships in Moscow in fourth place, has a season's best 50.54 seconds at the Shanghai Damond League meet and is favoured to finish second.

The most interesting battle, however, could be for third, and any number can play as the likes of Patricia Hall, Anastasia LeRoy, Kaliese Spencer and Christine Day should have a battle royal.

If Spencer does not double at the meet, this should pave the way for LeRoy to finish in the top three, as she has shown very good form this season.