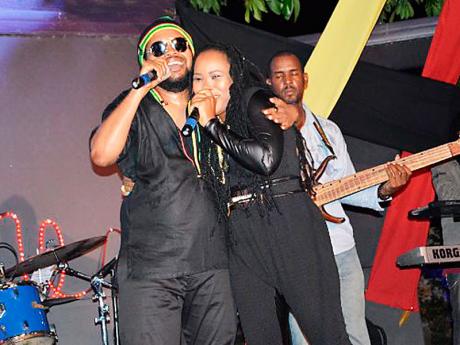 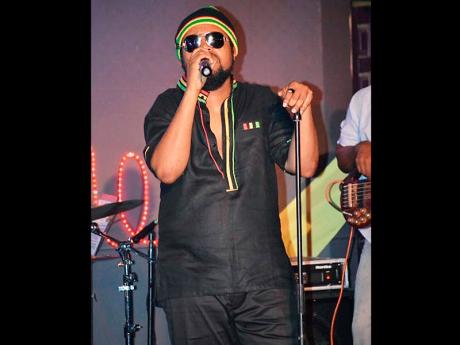 Ghanaian Knii Lante has put out one of those albums which do not have a title song among their 12 tracks. With the title True Feelings, it seems safe to assume that there are many love songs on the set.

Lante confirms that there are many songs about matters of the heart (among his favourites are Altar of Love and Loving You. "The love songs outnumber the rest, but there are also songs dealing with social issues, one that even has a gospel/religious tinge," he said.

The title for the album, he says, was decided after he had finished the project and looked back at what he had amassed in studio between Ghana and Jamaica. "I say 'True Feelings' because it deals with quite a few topics I have wanted to sing about and comment about for a long time now."

About a year and a half has gone into True Feelings, which was launched recently at Redbones Blues Café, New Kingston. That trip was sponsored by GraceKennedy through its Tropical Rhythms brand. The initial sessions were some of his first-ever trips to the country which formed the sound which he has honed over many years.

He was in Jamaica for about three and a half weeks, laying tracks at Grafton Studios in Vineyard Town. Three songs - Baby Take Good Care, Chameleon and Corruption - were then started in Ghana and finished in Jamaica.

A key difference between making music in Ghana and Jamaica is the level of human input, as Lante says mostly digital production is available in Ghana, while he has had access to musicians in Jamaica. "Everything I did here was live, with a diverse array of musicians," he said, making special note of Desi Jones and members of the Skool Band. Still, he notes that there was once a high proportion of live recordings in Ghana and, to some extent, that approach of 'authenticity' is returning.

Lante laughs merrily when The Gleaner asks if he was going through heartbreak while writing the songs for True Feelings. After all, the titles of the first two tracks are When You Go Away and House of Pain. "I have been through some stuff, not too long ago - some years," he said.

But there is pain of another kind - pain for his country - and Lante does not hold back on Freedom, where he talks about "puppet regimes" and Corruption. The former is a reaction to the Arab Spring series of uprisings across a number of predominantly Muslim countries. "It was a reflection of what the people were saying. By and large, they did not feel that governments were reflecting their true interests," Lante said.

There is also a focus on conditions at home and elsewhere on the continent. "You have a country like Ghana, she digs so much gold. Nigeria has so much oil. And you go to Nigeria and it is nothing to write home about. The whole thing doesn't make sense to me and a whole lot of Nigerians as well. These are things that must be questioned and you wonder whose interests the governments in power are really serving," Lante said.

Big Trees is about "the same thing, the system that keeps Africa exploited. We are always the hewers of wood and drawers of water and other people enjoy off our backs. It is a system."

Lante said in writing Big Trees, "I was inspired by a whole chapter in Revelations. As I read it, I was shocked. Everything I was reading, I could relate to what Ghana was going through."

Chameleon is in the same vein as Big Trees.

On Corruption, Lante also deals with matters of the heart in an unexpected way. "It is a sensual song. It is about a guy and a girl and how the girl turns him on on that level. She is so attractive that she has got his mind corrupted," he said.

There are three Jamaican guests on True Feelings. Queen Ifrica contributes to Baby Take Good Care, G Blunt is the guest on What's Up, and Cherine Anderson sings on Loving You.