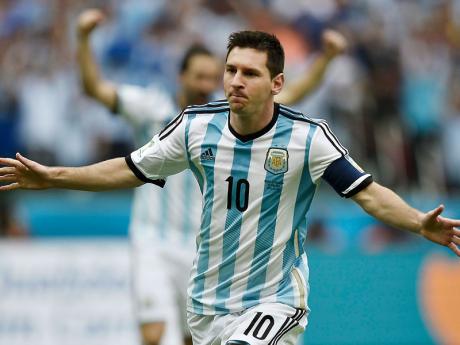 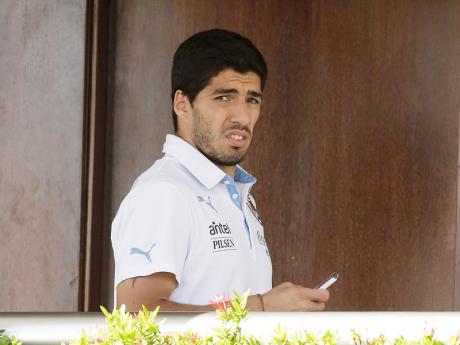 The race for the World Cup golden boot turned into a Barcelona battle yesterday as Lionel Messi scored twice to lead Argentina to an entertaining 3-2 win over Nigeria and match Neymar's tournament-leading four goals in three games for Brazil.

Xherdan Shaqiri also vaulted into contention by scoring a hat-trick as Switzerland beat Honduras 3-0 to qualify second in Group F. He joined Karim Benzema and Enner Valencia, who could not add to their three tournament goals each as France played out a 0-0 draw against 10-man Ecuador that ensured the French won Group E.

Bosnia recorded their first-ever World Cup victory in the day's other match, downing Iran 3-1 as both teams exited the tournament.

The Swiss will next face Messi and Argentina on Tuesday in Sao Paulo. France play Nigeria in Brasilia on Monday.

One player who may not be in the reckoning for tournament top scorer is Luis Suarez, who is the focus of a FIFA disciplinary investigation after he appeared to bite the left shoulder of Italy defender Giorgio Chiellini on Tuesday and could be facing a lengthy ban.

He should know soon if he will be sanctioned. Uruguay play Colombia on Saturday in the Round of 16.

"We have to resolve it either today or tomorrow," FIFA disciplinary panel member Martin Hong told reporters. "It's our duty to see justice done."

Messi drew level with Barcelona teammate Neymar when he pounced on a rebound in the third minute and then curled in a free kick shortly before half-time.

"Messi is one of heck of a player, he's blessed. You can't take it away from him," Nigeria coach Stephen Keshi said. "Messi is from Jupiter, he is different."

The 22-year-old Neymar is relishing playing the World Cup at home and thriving on the pressure that brings.

Ahmed Musa matched Messi goal for goal in Porto Alegre, equalising just a minute after Messi opened the scoring in the third minute and levelling again in the second half after Messi's perfectly curled free-kick shortly before the break had put Argentina ahead again. Marcos Roja finally sealed Argentina's win in the 50th.

In Salvador, Edin Dzeko, Miralem Pjanic and Avdija Vrsajevic got Bosnia's goals in their historic win and Reza Ghoochannejhad scored for Iran, which had to win and hope Nigeria lost to progress.

Iran coach Carlos Queiroz quit following his team's exit, as did Japan's Italian manager Alberto Zaccheroni and coach Luis Suarez of Honduras. Their Portugal counterpart Paul Bento, however, said he would stay on even if his team fails to qualify for the Round of 16.

Portugal, the world's No. 4-ranked team, have just one point from their first two Group G games and are unlikely to reach the knockout stage even if they beat Ghana in Brasilia today.