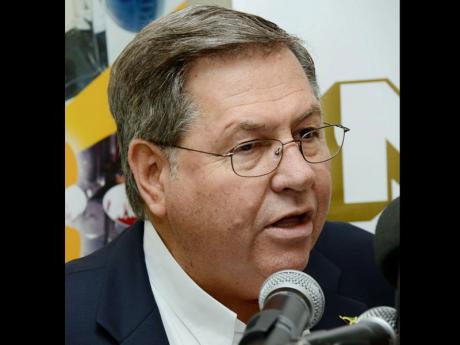 Brian Pengelley was on Wednesday re-elected as president of the Jamaica Manufacturers' Association (JMA) for a fourth and final term, that will remain focused on unresolved issues that dominated debate last year.

On his list: the high cost of energy, the depreciation of the dollar, the impact of crime on the business environment, and tax policy.

"With the cost of energy at 42 US cents per kilowatt hour, we expect that the process of getting the construction of the 381MW plant back on track will be handled as a matter of urgency," said Pengelley in his acceptance speech.

He said the JMA would assist Jamaica Public Service Company (JPS) in naming any local company that steals electricity, saying "This pilferage of electricity not only hinders Jamaica's development but puts a strain on our already scarce foreign-exchange reserves."

The utility has said that the problem spans residential and business customers, with the latter said to employ more sophisticated bypass mechanisms.

Regarding the value of the Jamaican dollar, Pengelley said while the association notes the benefits of the International Monetary Fund programme in the rebounding competitiveness of local products, continued depreciation will ultimately hurt competitiveness locally and intentionally, since most local manufacturers must import their raw material.

The JMD is now nudging $112 to the USD, but is expected to fall even further to around $120 this year.

"It disrupts the ability of manufacturers to cope and makes it difficult for the majority of the workforce to satisfy basic needs," the JMA president said.