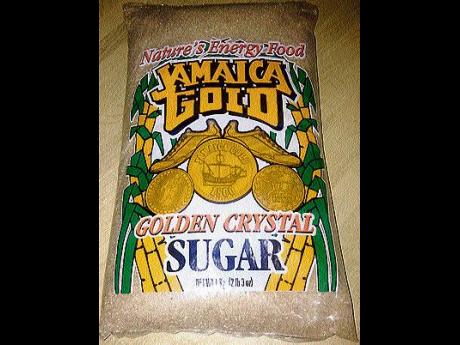 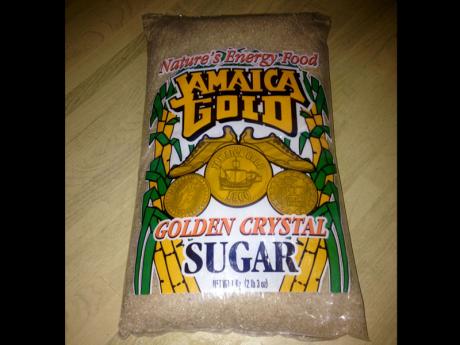 For more than a year, Jamaica Cane Product Sales Limited (JCPS) has been partnering with an overseas company to package sugar for the local market under its two-decade-old 'Jamaica Gold' brand.

The brown sugar product, prior to the divestment of the sugar sector some five to six years ago, was packaged at the Monymusk factory in Clarendon, but its supply has been inconsistent.

It was off the market temporarily, but returned on January 2013 and is now packed by an entity called Caribbean Depot Limited (CDL) under a three-year contract.

Sugar supplied to Caribbean Depot for the production of Jamaica Gold was doubled this year from 3,000 tonnes to 6,000 tonnes, and JCPS aims to almost double supplies to the factory again by 2015.

To gin up retail sales, JCPS has launched a marketing campaign around the pre-packaged product, which is sometimes priced at a premium relative to bulk sugar that, traditionally, is spooned into small plastic bags for sale by supermarkets and other grocery outlets.

At a top retail outlet in Kingston, for example, a two-kilogramme package of Jamaica Gold was priced at $308 or $154 per kg, while the bulk product cost $246 or $123 per kg. However, other outlets have quoted Jamaica Gold prices as low as $125 per kg and bulk sugar at $128 per kg.

JCPS General Manager Karl James is aiming for a change of mindset in which households eschew tradition in favour of a value-added product that can be traced to a production floor.

"The Bureau of Standards and the international market are demanding that we do sugar for direct consumption under the current packaging rather than what prevails in the market now, where the supermarket operator buys a 50-kilogramme bag from JCPS and then packages it at the back of the supermarket," said James.

However, the public education and information coordinator for Bureau of Standards Jamaica, Ellis Laing, says the agency is not mandating a change in the retail sugar market, but is merely pushing for shops to add labels to the bulk supplies to reflect information such as product type, weight and price.

The same applies to other bulk products, such as flour, rice and cornmeal, according to Laing.

James said his company's partnership is not with Caribbean Depot - although that is the entity named on its sugar product - but with an overseas operation called Commodities Specialist Company (CSC).

A search of Companies Office records yielded no registrations for CSC, but the owners of Caribbean Depot Limited are listed as an American company called Caribbean Distributors Limited LLC, American Paul Farmer and Jamaican Deion Henry.

Henry and Michael Jureidini, who is also Jamaican, are listed as co-owners of another local company called Caribbean Depot Distributors Limited (CDDL).

Jureidini is the general manager for Caribbean Depot Limited, but he said CDL and CDDL are separate operations, though they share the same Kingston address.

Jureidini said Caribbean Depot is 95-98 per cent foreign owned. Neither he nor James would confirm the precise relationship between CDL and Commodities Specialist Company, which is said to be based in the United States.

The Caribbean Depot boss said, when pressed, that the Financial Gleaner was delving into "irrelevant information".

JCPS is Caribbean Depot's sole client, but Jureidini says the factory is in the process of expansion and will, in 2015, be seeking new contracts to package other granular products.

"We are looking around because we can process any granular product of up to five-kilogramme packs," he told the Financial Gleaner.

Under its arrangement with JCPS, Caribbean Depot does no refining of the sugar. Like the supermarkets, it simply spoons the crystals into packaging supplied by JCPS and seals it - the only difference being that its production process is mechanised.

James says JCPS supplies the sugar for packaging and distributes the end product.

"We have a contract with them for three years to package sugar for us. We supply, on a weekly basis, the sugar that we want them to package, they deliver to us the sugar they have packaged and we take it to our warehouse for distribution," said James.

The Jamaica Gold bags are said to be made in Mexico, but James did not name the company.

The product's hiatus from the market happened during a period when sugar production had hit a downturn.

When Jamaica Gold returned to production in 2013, the product was supported by imports.

"The business of Jamaica Gold was restarted with imported sugar, with some 3,000 tonnes bought for packaging in the first year," said James.

Now, all inputs are sourced from Jamaican factories, including, Jureidini said, those owned by Pan Caribbean Sugar Company, which handles the distribution of its own sugar.

JCPS markets sugar on behalf of all other factory operators in the sector.

"They source the supply for CDL, we package it and resend it to them. All we ask is that the sugar be made in Jamaica, be relatively dry and as clean as possible," said Jureidini of the JCPS partnership.

Next year, the target is 10,000 tonnes, which James believes is doable with the installation of new equipment acquired by CDL.

"We are aiming to get it to a level where it can be exported to other countries."

An order is already being processed for a Caribbean island, he adds.