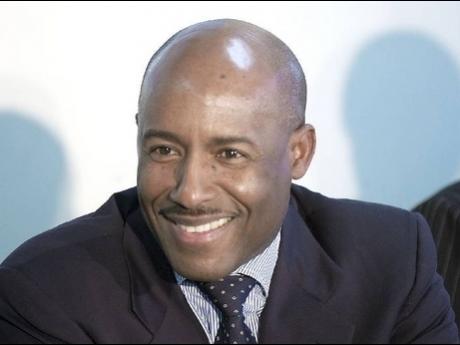 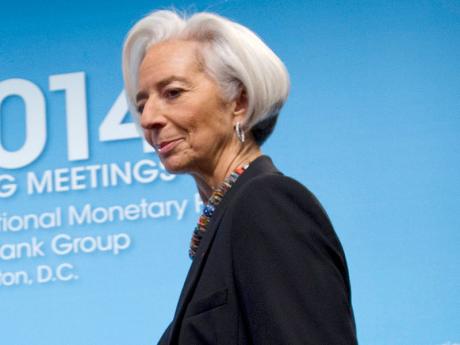 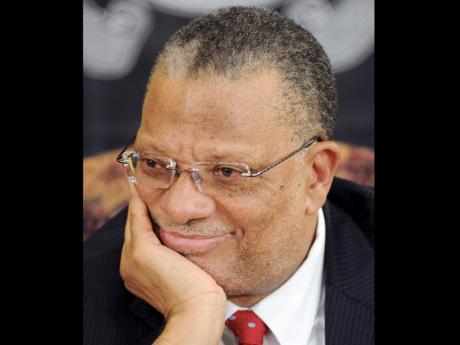 In evaluating Peter Phillips' performance since the IMF's Extended Fund Facility was signed by the Government in May 2013, a set of macroeconomic and other statistics will be trotted out to compliment the often beleaguered minister of finance.

Looking just at the numbers, which excite our IMF bosses, Minister Phillips has had a good year. He has met and maintained a high primary surplus at 7.5 per cent or better, he is about to pass his fourth quarterly IMF test - his immediate predecessor, Audley Shaw, passed three - and in passing those tests he will have effected IMF loan disbursals (more borrowed money!) of over US$400 million.

Another measure of success is the fact that the net international reserves (NIR), now at US$1.3 billion, is 47 per cent higher than its near-low point of US$884.3 million a year ago - although it is still significantly lower than the almost US$2 billion figure he inherited in December 2011.

Apart from the IMF-loved numbers, Dr Phillips has had a good two weeks. I was on my way from Asia at the end of last week and I stopped in London where very reliable sources told me that the finance minister had a good set of meetings with bankers and investors during his just-completed roadshow in Europe. I am informed that prospective investors asked to be invited and liked that Jamaica was about to pass its fourth IMF quarterly test - among other indicators.

The 'mock' roadshow is different and generally kinder than the real one when Dr Phillips and his technocrats go to ask investors and fund managers to sign cheques to buy Government of Jamaica bonds.

Minister Phillips was given strong encouragement (warning?) to reduce the level of Jamaicans who hold GOJ paper - maybe about 60 per cent of bondholders - and move to a broader set of international investors.

The argument is that GOJ pays too high a premium in interest rates to Jamaican investors, and shields itself too much from the transparent glare and monitoring of the international bond market.

To cap off his two good weeks, today the managing director of the IMF, Christine Lagarde, will be visiting Jamaica. Her visit will be interpreted as a feather in Peter Phillips' cap, and a pat on his back in the same manner that Dominique Strauss-Kahn's (Lagarde's predecessor) two visits to Jamaica acted as a fillip to Phillips' predecessor, Audley Shaw.

Unfortunately for Dr Phillips, the statistical measurements and economic milestones which the IMF and GOJ technocrats love to quote, are not the ones which are resonating with ordinary and middle-class Jamaicans and many business people.

To them a high primary surplus means that the Government has cut, quite brutally, capital and even some recurring expenditure and so there is no money in the economy and 'things are very tight'.

It's of little solace to tell them Jamaica overspent for too many decades; it was the politicians who borrowed the money, wasted it and sank us into debt.

Many Jamaicans who saw themselves as middle class are now without cash, highly indebted, skirting or in poverty, and are taking their expertise, packing their bags and leaving.

The general and strong feeling is that we cannot absorb any more taxes - see the pushback on the bank-deposit tax by ordinary citizens and similar uproar by business people against the proposed changes in the general consumption tax regime.

Based on that calculation, taking the 2012-13 inflation rate of 8.1 per cent - 2014's rate is projected to be slightly higher - plus the January 2014 unemployment rate as published by the Statistical Institute of Jamaica of 10.1 per cent, Jamaica's misery index is 18.2 per cent.

To put these numbers in perspective, when one looks at this index under American presidents from Dwight Eisenhower (1953-1961) to President Obama, we find that Ronald Reagan's first term was the best recorded with a minus 7.47 per cent and Jimmy Carter was the worst at a plus 8.98 per cent on the misery index. Jimmy Carter served an inglorious one term, while Reagan left a hero after two terms.

Everyone today talks about the crushing pain that the relentless depreciation of the dollar is causing them. To those feeling the pain it is irrelevant that the Bank of Jamaica's governor, Brian Wynter, keeps explaining that the country has been earning consistently less than it imports.

Last year, we spent US$5.9 billion on imports and earned a piddling US$1.7 billion from exports.

For about two years I have been quite relentless with my call for the leadership of the country to adopt a well-defined, publicly discussed, Cabinet-approved growth plan, while carrying out the IMF agreement. Others subsequently joined the call. I even named a minister to champion this growth agenda with the private sector.

Without growth of better than five per cent per year, a challenge for this administration, Peter Phillips is going to hit a brick wall soon with no new taxes to collect and few government expenditures to cut.

This may finally force the administration's hand to cut the size of Government, make it more efficient, and drive growth.

Aubyn Hill is the CEO of Corporate Strategies Limited and was an international banker for over 25 years.Email: writerhill@gmail.comTwitter: @HillAubynFacebook: facebook.com/Corporate.Strategies