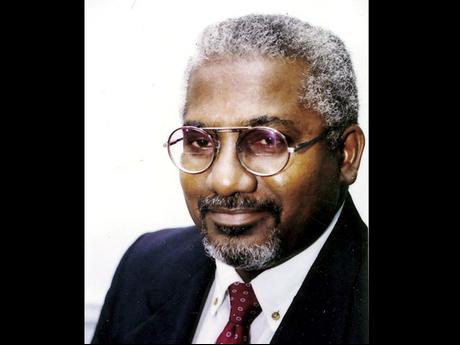 Googling for a camera lens, you decide your priority is really how to cook bok choy.

You want it fairly crisp, maintaining pleasing colour, not soggy and, of course, tasting like the Chinese restaurant's offering.

There's a good demonstration on YouTube. It works. You learnt it requires high flame, an open frying pan, cooking oil and garlic.

In about three minutes, with fairly constant stirring, you've done well - it looks, smells and tastes good once you add a pinch of salt.

Later you check your email; up pops two advertisements. One displays camera lenses, the other, Chinese cuisine. You may have no problem with this. Google and other Internet providers recall your Internet activity and pitch you these adverts. It's the business model: Internet technology companies monetising service provision.

You consider such use of your data benign, even sometimes annoying. Furthest from your thoughts as you click on Chinese cookbooks or 'X' them out, are the horrors of 9/11 and the Bush administration's response in gathering NSA secret intelligence.

Then breaking news: a 'low-level operative', Edward Snowden, has released to the UK Guardian and the Washington Post in the US, thousands of documents purloined from the NSA covering metadata.

What is metadata? Tapping a phone call records a conversation. This is not what NSA does. For close to a decade before Snowden's revelations, NSAcollected data on calls - local and international - of all US citizens. It didn't listen to content. It logged origin, destination, time, duration and receiving party number.

A US congressman remarked that if you have data that says someone made three calls to a psychiatrist's office in 24 hours, once after midnight, that's a lot of information on that person.

Metadata is not what is said or written - rather think of it as 'data about data'. It creates an accurate picture both of a person's life, friends and contacts - a picture more vivid and complete than a mere eavesdrop.

Instead of thousands of hours listening to recordings, computer algorithms paint pictures instantaneously.

Rousseff told the UN September 2013 Assembly that NSA electronic espionage constitutes "a breach of international law and an affront" to Brazilian sovereignty. Such activity threatens democracy across the world.

She suggested the UN create guidelines to prevent "cyberspace from being used as a weapon of war". She was concerned about the right to privacy, freedom of speech and opinion without which, she argued, there could be no actual democracy. Without respect for nations' sovereignty there would be "no basis for proper relations among nations".

There are huge implications here. The global reach of NSA surveillance is mind-boggling to conceive. It's been made possible by two things: the digital revolution and the 9/11 attacks which created unending 'war on terrorism' - a noun!

It is difficult, if not impossible, to forget the look of bewilderment President George W. Bush conveyed as he spoke to children in the Florida kindergarten. Did he remember the CIA presidential brief claiming Bin Laden determined to strike in the US, read while at his ranch in Crawford, Texas?

This was an awful event; a tragedy costing more than 3,000 lives. But as the shock subsided, very quickly, the 'war on terror' spawns a predetermined agenda and propaganda takes over.

"Simply stated, there is no doubt that Saddam Hussein now has weapons of mass destruction (WMD)," said Dick Cheney in a 2002 speech.

"There is no doubt he is amassing them to use against our friends, against our allies, and against us."

Mushroom cloud, yellow cake from Africa, WMD - there's a continuing drumbeat propagating a lie. Indeed, a Washington Post poll published in September 2003 reported 69 per cent of a national survey, saying they "believe it is likely the Iraqi leader was personally involved in the attacks carried out by al-Qaeda" on 9/11. Today, journalists lament the fact that they 'bought' the selling of the Iraq war.

If you have a 'war on terrorism' you look for terrorists. To find the needle in the haystack, you must search the whole haystack! The haystack is 'chatter' - telecom-munications and the Internet.

A big part of the world's telecommunications and Internet traffic passes through the US and UK. Technical people refer to collection at these points as 'upstream' collection. That makes NSA's work easy but the most disturbing aspect, Snowden reveals, is that the NSA ran its programmes in collaboration with major US telecoms and Internet companies. Now consider our efforts to cook bok choy and find a camera lens - perfectly innocent activities. But big brother watches.

If intelligence services suspect a "target" and go to the FISA court for surveillance warrant, that's fine. If, however, NSA simply mops up all communications, a target of one individual on Facebook, for instance, yields a population greater than CARICOM's.

NSA claims "if you're doing nothing wrong, fear not".

Snowden denies he's a traitor spy, and, facing espionage charges allowing no defence really, claims he's a patriot forcing open discussion of a fundamental breach of the US constitution.

Former US Vice-President Al Gore, interviewed at the Southland technology conference in Nashville, Tennessee, said he considered Snowden neither traitor nor whistleblower. He preferred to think of a spectrum.

"I would push it more away from the traitor side. And I will tell you why ... what he revealed, in the course of violating important laws, included violations of the US constitution that were way more serious than the crimes he committed," Gore said.

Snowden's revelations have had a chilling effect: major telecoms and Internet companies review their operations and changes to US legislation may result.

Yet, he remains in Russia - with no passport, unable to return to the US without being jailed, with little prospect of reprieve.