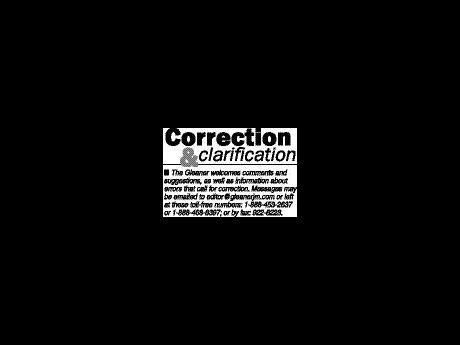 Former Finance Minister Audley Shaw has the moral authority to demand that interest rates remain low. There is no doubt about that. Finance Minister Dr Peter Phillips is equally credible in the efforts he and his team (including EPOC) have made in improving Jamaica's economic fundamentals, and ensuring that we stick to the game plan, to date.

Do we still have a major problem? Sure, we do! I have repeatedly stated that we must produce our way out of this economic abyss.

To do this, Jamaica's socio-political culture must be radically reformed to get Jamaicans working hard again. To borrow the words of our governor general, "There is nothing wrong with Jamaica that what is right with Jamaica cannot fix."

Jamaicans who have left these shores and done well, under trying circumstances overseas have proven that there is nothing wrong with the psyche of Jamaicans that make them dependent on handouts. It is the plantation mentality and clientelist-patronage system (Stone 1981) that fosters the dependency syndrome.

As a Jamaican who has lived through turbulent times and repeated crises, I know what careless political statements made at the altar of political ambition can do to this country. If we are as patriotic as we claim, we must do everything in our power to take Jamaica out of the abyss it now finds itself.

For the first time in Jamaica's 52 years of Independence, we have a finance minister, Dr Peter Phillips, and his team, who are brave enough to take some tough decisions to develop the fiscal discipline required to meet the stringent stipulations of the International Monetary Fund (IMF) (and other multilaterals) and to initiate the recovery process. So, when you decide to cuss out the IMF and others, what is your contingency plan?

We have a deep affinity to copy things American. Yet, we fail to recognise how nationalistic and patriotic the Americans are, when they feel that their sovereignty is threatened or their country's image is likely to be tarnished. What would it be like if Jamaicans stood together, worked together, spoke positively and celebrated our achievements? Is it possible that more investors would be wooed to our shores, so thousands of unemployed Jamaicans could finally get stable jobs?

When will our politicians learn that careless, emotive statements do not only hurt them (even if they win an election)? When and if they destroy any hope of economic recovery in Jamaica, they and their children (many of whom are often schooled overseas anyway) have options.

The typical Jamaican has to stay here and endure severe hardship, while our politicians, through careless rhetoric and emotive political laden statements, shatter any sliver of hope of economic recovery, and destroy the fragile relationships that have been built with those who can invest in this country.

There is a place for responsible, objective, constructive opposition. There are enough issues of justice, equity, governance and moral decadence on which a well-researched Opposition can engage their counterparts. But, this takes effort and preparation. Instead, the easy, but economically most costly route has been taken. If this continues, we must be prepared to pay the price!

The real issue is how we can together inspire the Jamaican community (here and in the diaspora) to hold hands and build a better Jamaica for our children yet unborn, who are already saddled with a J$2-trillion burden of debt.

A letter, titled 'Don't abort Usain Bolts of future', published on Tuesday, June 24, 2014, was mistakenly attributed to Collette J.-A. Smith. The letter was, in fact, written by Trei-Quan Miller. We apologise for the error and any inconvenience this may have caused.

Above is the correct letter by Collette J.-A. Smith.