Who is Christine Lagarde? 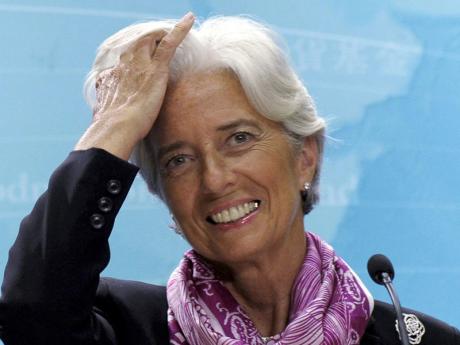 Christine Lagarde, the first female managing director of the International Monetary Fund (IMF), is regarded as the epitome of female ambition and success.

Ranked No. 5 on Forbes Magazine's World's 100 Most Powerful Women list, Lagarde has held many influential positions in France's male-dominated politics.

Before taking over the reigns of the IMF in July 2011, Lagarde had an extensive and noteworthy career as an antitrust and labour lawyer. She served as a partner with the international law firm of Baker & McKenzie, and was elected chairman of the firm in October 1999.

She held that post until 2005, when she was named to her first ministerial post in France's government.

Lagarde served as France's minister of foreign trade in 2005, and for a short time, she was the minister for agriculture and fisheries.

In June 2007, she became the first woman to serve as minister of finance and economy of a G-7 country.

As if those accolades were not enough, from July to December 2008, she also chaired the ECOFIN Council, which brings together economy and finance ministers of the European Union.

Born in Paris, France, in 1956, Lagarde holds degrees from the Institute of Political Studies and from the Law School of Paris X University, where she also lectured prior to joining Baker & McKenzie in 1981.

The former synchronised swimming champion has two sons, aged 28 and 26.