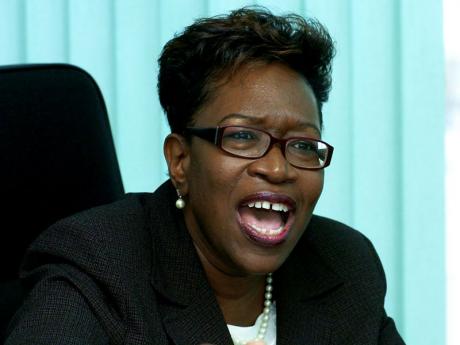 Below is a response from Director of Public Prosecutions Paula Llewellyn, regarding an editorial published on Monday, which addressed corruption-related matters.

THE OFFICE of the Director of Public Prosecutions (ODPP) is committed to the delivery of the timely prosecution of all criminal matters, in keeping with its mandate under Section 94 of the Constitution of Jamaica, yet we have only 43 prosecutors to attend to this Herculean task in the several courts islandwide, and the disposal of matters requires the cooperation of all other stakeholders in the system.

The ODPP is not an investigative agency and must rely on the investigator from any agency for the completion of the files before a ruling is made or prosecution can commence.

The tone of the editorial wished to cast doubt on the commitment of the ODPP in dealing with corruption matters. However, the execution of our remit must be viewed within the context of the great volume of cases existing, the lack of sufficient counsel at the ODPP and the under-resourced, over-burdened court system within which we operate.

The ODPP conducts prosecutions in the RM courts in high public interest and/or very complex matters. We, therefore, appear in less than five per cent of corruption cases. For the most comprehensive and accurate picture of the state of affairs, in respect of the pace of disposition of corruption matters in the RM courts, enquiries should be redirected to the Court Management Service.

The DPP is also the designated central authority, under the Mutual Assistance (Criminal Matters) Act, the Extradition Act, and is responsible for the Listed Entities reporting regime, under the Terrorism Prevention Act. We also receive referrals from the coroners' courts islandwide. We also prosecute matters under the Parliament (Integrity of Members) Act.

Of these referrals for ruling, the corruption-related matters from the Commission for the Prevention of Corruption comprise less than 0.5 per cent of the matters received. To use information from the commission, without adverting to other types of corruption matters, which also fall under and even outside our remit, is, with respect, short-sighted and simplistic.

For example, every police officer arrested and charged for corruption has the input of a ruling from the ODPP. Last year, we received 63 referrals from the Anti-Corruption Branch of the JCF, and we ruled on 56 of these (the ODPP is prosecuting in less than 10 of these matters, which are all listed in the RM courts).

Where the offence of failing to file a statutory declaration is concerned, it is the investigators of the commission who decide which person or entity to investigate, and they initiate prosecution by laying the information before the court and issuing the summons to the accused.

Thereafter, they send copies of the informations and summons to the ODPP, with a request for crown counsel to prosecute in the RM court. We accede to this request on every occasion, notwithstanding the onerous commitments of our remit. For the present term, our records indicate that 18 declarants from the National Works Agency were taken to court by the ODPP - 15 of these matters have been disposed of and the three were adjourned for June 30. The fact that all of these persons were fined, is out of our remit and is solely within the purview of the judge. There are two matters from the commission that are set down for trial. Disposal of the matters requires the cooperation of defence counsel.

NOT AN INVESTIGATING AGENCY

To date, the commission has not complied in many instances although reminded as recently as December 2013. These are the matters that are stated as not yet being ruled on. As of June 2013, we have 12 matters awaiting a ruling. It bears repeating that the ODPP is not an investigative agency, we have no accountants or statisticians on staff. Therefore, it is the responsibility of the investigators to do what is necessary to facilitate our early assessment of these matters.

In respect of the Anti-Corruption Branch of the JCF, they are not constrained, after an investigation is done, to bring corruption offences before the court, although matters may be referred to the office for a ruling, recommendation or guidance. This is as a matter of protocol, and is not a bar to the institution of criminal proceedings.

Though the commission would still need to report to the ODPP, nonetheless, the option of consulting the police or any other authority, for example, the Tax Administration Department, is also open to the Corruption Prevention Commission, without having to await a ruling from the ODPP.

Perhaps, the time has come for us to revisit the protocols of our offices so that it can made quite clear to the commission that there is no fetter in their reporting the matter to the police for their assessment and action, as they deem appropriate.

Once the initiation of prosecution has commenced, by the laying of an information before the court, I have no objection to the granting of fiats to external counsel, acting on behalf of the commission, to actively associate with the clerks of the courts in appropriate cases, where competent and experienced counsel with the requisite skill set has been retained.

This practice has been embraced by various government agencies, including the Consumer Affairs Commission, National Environment and Planning Agency, Revenue Protection Department and Child Development Agency. I have never received any such request from anti-corruption agencies such as Commission for the Prevention of Corruption or Office of the Contractor General.

I categorically refute any suggestion that the ODPP is not doing all it can, within the circumstances, to deal with any matter dealing with corruption which falls under its remit. I implore commentators properly to inform themselves of the facts and the particular practices and procedure, which attach to the issues within the administration of justice, before seeking to go on the record with speculation and conjecture.

I stand on my record of 30 years as a prosecutor in many cases, including corruption matters. The ODPP remains resolute in the execution of its constitutional responsibility, without fear or favour, and malice to none.