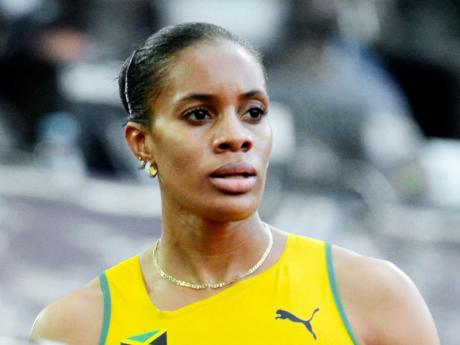 RACERS Track Club's Answert Whyte stole the spotlight on yesterday's opening day of the JAAA/Supreme Ventures National Senior Championships at the National Stadium as he posted a personal best 48.69 seconds in winning heat two of the men's 400 metres hurdles to be the fastest qualifier for today's final.

Whyte, who has only been running the event for two years, slammed his rivals, including defending and four-time National champion Leford Green. Green had to settle for second in 50.14 with Josef Robertson, third in 51.10. Whyte's previous best was 49.17. The time is the second fastest by a Jamaican this season, behind Roxroy Cato's 48.67.

Earlier Cato won the first heat in 49.96 getting the better of former champion Isa Phillips, 50.43. Canadian Emmanuel Myers crossed the line second in 50.24 but he is only running as a guest at the meet.

Nickiesha Wilson won a competitive heat two in 55.80 as Nikita Tracy, who stumbled at the final hurdle, but still got second in 55.94 to edge out her sister, Ristananna who was third in 56.04.

There was also action in the men's 100 metres where former world record holder Asafa Powell was a late withdrawal due to stomach cramps. Michael Frater is also out with an eye injury.