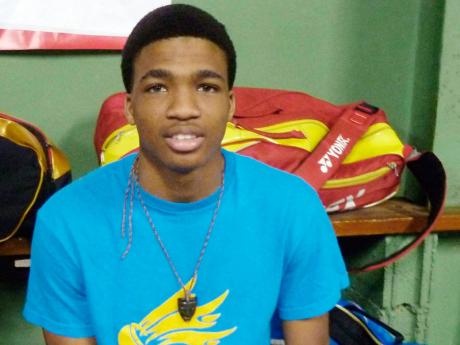 Gareth Henry and Samuel Ricketts will leave the island tomorrow at 11:50 a.m. to represent Jamaica at the Yonex Canadian Open in Vancouver, Canada from July 1-6.

This is a part of the International Pan-AM circuit which the players will use to improve their play and lift their world ranking points. Points gained will help them to qualify for participation in the Central and Caribbean Games to be held in Veracruz, Mexico in November this year as well as the Olympic Games in 2016.

Ricketts won the Under-19 final of the Suriname Easter tournament and is also the current All Jamaica doubles senior champion with Henry.

ICC to focus on suspect actions

The International Cricket Council says suspect bowling actions should be scrutinised more closely and plans to review its testing and reporting procedures.

ICC general manager of cricket Geoff Allardice told a meeting of the ICC cricket committee in Melbourne on Wednesday that "there's enough bowlers with suspect actions that should be being scrutinised, that probably haven't been."

Allardice said the cricket committee will review the situation over the next few months, and report back to the chief executives' committee in October with recommendations.

Those suggestions could include ongoing screening of bowlers who have passed initial biomechanical tests after being reported, and better reporting processes.

DALLAS (AP) - The Mavericks and New York Knicks agreed Wednesday to a six-player trade that returns centre Tyson Chandler to Dallas three years after he helped win a championship only to leave right away in free agency.

The Knicks also get both of Dallas' draft picks, a pair of second-round selections at Nos. 34 and 51. New York didn't have a draft pick before the first major personnel move since Phil Jackson took over as team president.

"The journey to build this team for the upcoming season and beyond continues," Jackson said. "We have added players with this move that will fit right in to our system while maintaining future flexibility."

New York is hoping to keep Carmelo Anthony despite the star forward planning to opt out of his contract and become a free agent on July 1. The Mavericks are reportedly on a short list of new destinations Anthony will also consider.