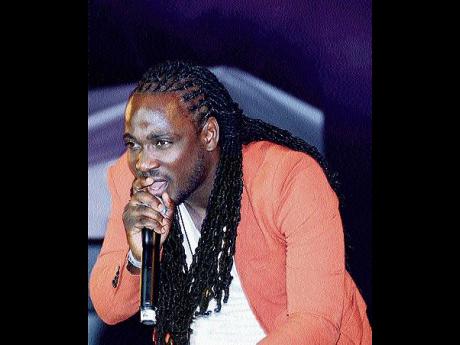 two months after releasing his sophomore album, My Journey, reggae star I-Octane is already reaping the fruits of his labour.

In an interview with The Gleaner, Octane said the album has been gaining momentum, launching his career into new territory.

"It's definitely a great accomplishment. An outcome of this album is the upcoming European tour, which I will depart for in July. I'm booked for all the major festivals in Europe and, even after that, I already have other shows lined up in the United States and United Kingdom," he said.

Sales 'up and down'

My Journey has made its way into several charts worldwide, including those in South America. The Love You Like I Do artiste said sales have been "up and down".

"As with most artistes, sales are unpredictable. Today, it will be number one and tomorrow it will be in the twenties. The most important thing right now is to sell hard copies, so each venue that we go to, I make sure that we have the album and we sell a couple hundred each time. Europeans, especially, love hard copies of albums because they want to see the credits etc. We'll definitely be having hard copies when I go on tour," I-Octane said.

Questioned as to whether he believes European fans will be more accepting of his reggae songs, I-Octane said, "A lot of people believe that dancehall is not strong in Europe, but that's not the case, it's very prevalent. People love both dancehall and reggae. The difference is that reggae is more embedded and more prominent there, but if you check the statistics, songs such as Watch Out Fi Dis, by Busy Signal, went platinum. My song, Wine and Jiggle, is also one of my biggest songs in Europe, having been number one on charts in Germany and France. This proves that dancehall definitely has a place in all countries."

Confirmed as the closing performer for this year's staging of Reggae Sumfest, Dancehall Night, I-Octane is promising an energy-filled, lyrically potent performance.

"Fans will definitely be getting both sides of I-Octane. I'll be doing reggae songs from the My Journey album, as well as dancehall songs. Since it's my second year closing, I have to go twice as hard. Mi haffi mash it up. Right now I'm focused on pushing the My Journey album, for the next two years, and, after that, depending on how I feel, I may release a dancehall album."