Loving without Limits Couples Conference set for next Saturday 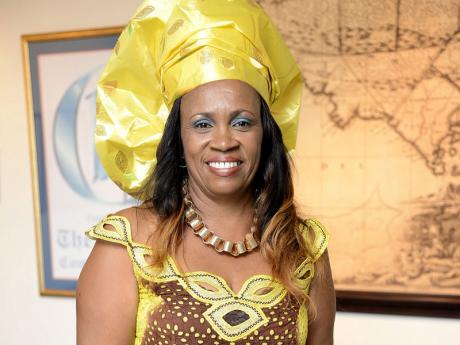 WESTERN BUREAU:All is set for the second leg of the national Loving without Limits Couples Conference, which will take place next Saturday at the Holiday Inn Sunspree Resort in Montego Bay.

The conference, which is to be hosted by Minister of Religion and counsellor Dr Carla Dunbar, who is also known as 'Professor Sex', will be held between the hours of 10 a.m and 5 p.m.

"We have successfully staged the first leg at the Knutsford Court Hotel in St Andrew on June 14. It was awesome, and we are moving into the west end now to facilitate persons along the south coast and the north coast," Dunbar told Western Focus in an interview on Tuesday.

"We are coming to Holiday Inn and what you can expect: I am dubbed Professor Sex, so I will be speaking on the three most problematic areas in marriage which are sex - red-hot sex. Sponsors, ARD2K furnishings, will be providing the set because when I am speaking of red-hot sex, I am speaking from a bedroom," she added.

"I will also be presenting on communication - which is a classic struggle among couples - and I will also be doing financial intimacy as part of my presentation package," she said.

Dunbar said in addition to the three major presentations, there will be other fun-filled activities, including a comedy segment featuring comedian gynaecologist Michael Abrahams; a performance by cabaret singer Dimario McDowell; a couples game show to be hosted by Christopher 'Johnny Daley; a lingerie fashion show featuring models from Saint International; and a fashion show by Elan.

She said the host venue, Holiday Inn Sunspree Resort, would be offering special rates for attendees to the conference at a reduced cost of US$150 per couple per night. In addition, couples can take along two children under 12 for free. However, children will have to be left in the care of the hotel's Kids Camp as the conference topics are for adults only. The conference cost is $10,000 per couple and $5,500 for singles.

"We want single people to come and be made aware of what to expect when they get married, what to look out for, and how to deal with the problems that will come from time to time in marital relationships," Dunbar said.

The launch and signing of Dunbar's book, Changed ... The Journey, will also take place at the event. It will also feature sponsors' booths with presentations from the National Commercial Bank and the Victoria Mutual Building Society, which will be doing a financial couples game show. There will also be spa treatment giveaways courtesy of Norma Webster in MoBay, Adam and Eve Day Spa, and the Eden Gardens Wellness Resort and Spa.

Tickets are available at several locations along the south and north coast, including the Fontana Pharmacies in Montego Bay, Ocho Rios, Savanna-la-Mar; and at Juici Patties in Sam Sharpe Square, as well as Junction St Elizabeth. There will also be a shuttle service at a reduced cost from Half-Way Tree to the venue for persons from the east who missed the first conference.

"People who have missed the Kingston leg are being shuttled to Montego Bay. We have a $2,000 shuttle service round trip. We had close to 200 attendees in Kingston, and that was because the hotel couldn't hold more. We are expecting over 300 patrons in Montego Bay because that is what the conference room is able hold," Dunbar said.

She added: "But next year, we might have to shift it to the Montego Bay Conference Centre because persons who missed the conference in Kingston called immediately the day after ... word got out because we posted some highlights on social media and persons asked for a shuttle bus down that would leave Half-Way Tree."