Chef and partner charged with theft 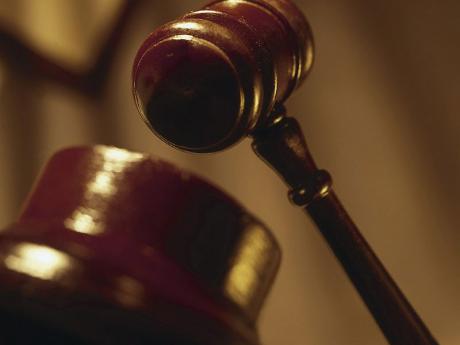 WESTERN BUREAU:A Westmoreland man, who reportedly broke into his employer's house and stole money and jewellery amounting to approximately J$800,000, was denied bail when he appeared in the Montego Bay Resident Magistrate's Court on Monday.

Thirty-three-year-old Kevin White and his girlfriend, Shaneka Shakes, both of Savanna-la-Mar in Westmoreland, were before the court on charges of housebreaking and larceny and receiving stolen property. After presiding magistrate Carolyn Tie denied bail to White, and following the absence of Shakes' lawyer, Chumu Parris, from court, the couple was remanded in custody until July 8 when the case will be mentioned.

It is alleged that on June 6, the complainants, who had employed White as a chef, locked their home in Ironshore, Montego Bay, and left the premises. They returned on June 7 to find that the house had been ransacked and several items, including sums of cash and items of jewellery valued at US$70,000 (J$7,808,530.10), had been stolen.

A report was made to the police, and following investigations on June 9, a team of officers went to White's house in Savanna-la-Mar, where he was seen throwing a bag out of a window. The bag was retrieved and J$650,000 and items of jewellery were found inside of it. White and Shakes, who was also inside the house, were subsequently arrested and charged.

In court on Monday, Clerk of the Court Natalie Malcolm told Tie that White had given a confession to the investigating officer regarding the break-in at the complainants' house.

"The accused man essentially confessed to breaking into the couple's home. He cut the iron bars, brought along the female accused, and allowed her to retrieve the items," said Malcolm.

The court was also told that Parris, although representing Shakes, was absent from court, and that time would be required for White to give instructions to his lawyer.

"Sir, I will not offer you bail, so the police will bring you back here on July 8," Tie told White before ordering that he and Shakes be taken back into police custody.