Beautiful butterflies - Jamaican Swallowtails among those on display at IOJ 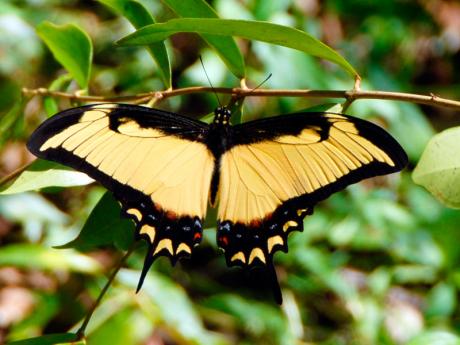 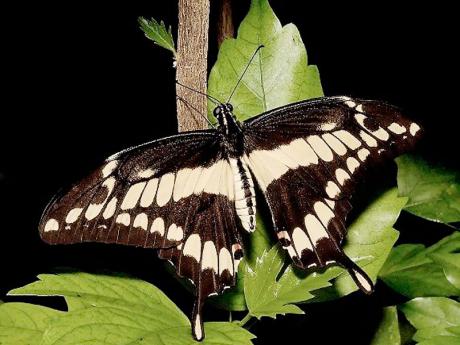 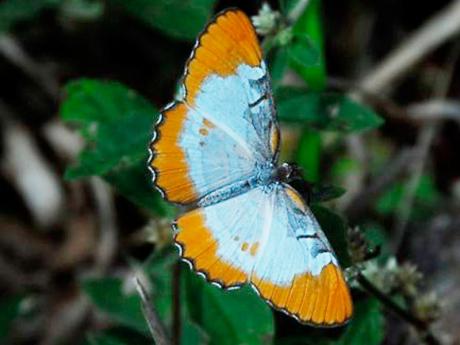 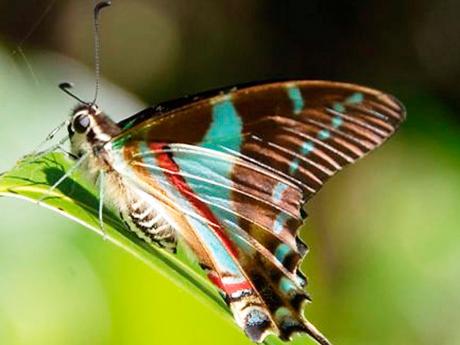 Jamaica has approximately 150 species of butterflies, including 35 indigenous species and 22 subspecies. In an effort to bring some of these rare and unusual specimen to the general public, the Natural History Museum of Jamaica (NHMJ), in collaboration with field naturalist, Vaughan Turland, present an exhibition of butterflies.

The exhibition features 19 powerful photographic images of Jamaican butterflies in the wild for persons who may never get a chance to see these beautiful butterflies in their lifetime. Some exotic butterfly species from other parts of the world are also on display, including places such as India, Asia, Africa, and South America.

Jamaica's Giant Swallowtail butterfly, the
largest swallowtail in the Western hemisphere, is a special feature of
the exhibition, and visitors will have the opportunity to be
photographed beside a magnified image of the swallowtail upon entering
or exiting the display.

The giant swallowtail
butterfly can only be found in sections of the Blue and John Crow
Mountains, and sections of the Cockpit Country. It is recognised as an
endangered species and is protected by law. Common butterfly species
such as the lignum vitae butterflies that swarm the lignum vitae trees
all across Kingston at certain times during the year can also be seen in
the display.

The exhibition can be viewed at the
Institute of Jamaica's Discovery Room from Mondays to Saturdays and will
run until December 2014.

The Natural History
Museum of Jamaica aims to advance scientific research and education by
collecting, storing, and maintaining specimens of Jamaica's plants and
animals and educating Jamaicans on the importance of preserving the
island's natural
history.