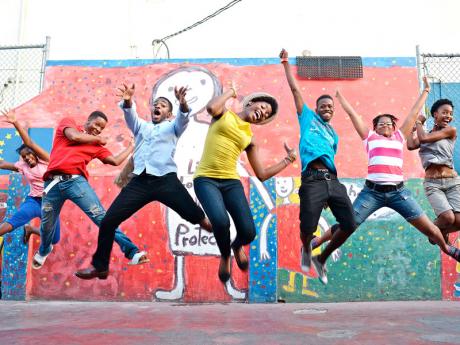 From left: Renee Jones, Sheldon Kelly, Randy McLaren, Jodean Tapper, Renard Anderson, Paula-Gaye Donaldson and Shaneil Orr jumping for joy in reaction to the news that they will be going to Glasgow, Scotland, as the only representatives from the Caribbean and the African diaspora at the Tin Forest Theatre Festival, part of the 20th Commonwealth Games. The theatre group includes youth from rural and challenging urban communities, some of whom have never travelled outside of Jamaica before. -Photo by Sabriya Simon 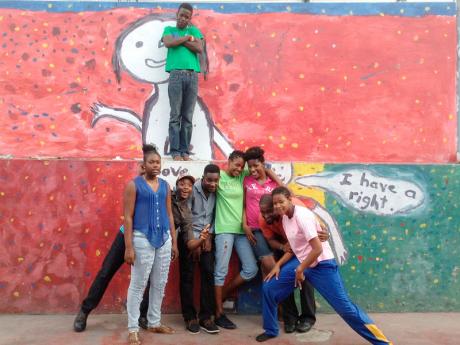 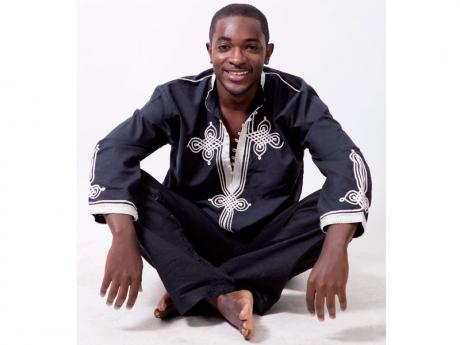 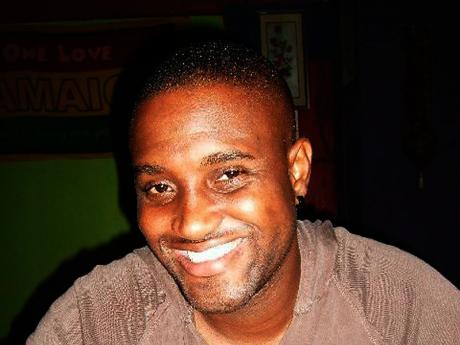 Manifesto Jamaica (MJ) is one of 10 youth-focused organisations selected to participate in the Tin Forest Theatre Festival - part of the cultural programme of the 20th Commonwealth Games in Glasgow, Scotland, being organised by the National Theatre of Scotland - from July 24-28.

Their inclusion will make Jamaica the only country from the Caribbean or the African diaspora represented in the festival.

Through the British Council, MJ became aware of the opportunity in December 2013. After recruiting Shaun Drysdale and Randy McLaren as co-directors of a devised theatre piece, they applied and learned a few weeks later that they had been selected. Actors where chosen, in January 2014, on the basis of outstanding backgrounds in youth leadership, and talent and interest in drama. The cast and crew quickly dubbed themselves 'Team Tin Forest, Jamaica'.

It has been an emotional ride since the group first set out to raise funds for the trek, with only their talent in hand. As they began writing and rehearsing, they had no idea whether they would actually get the support needed, but their leap of faith was not in vain.

Numerous individual donors have stepped up to the plate to make it possible. In addition, RISE Life Management Services provided rehearsal space, British Airways granted a discount on the fares, and the Tourism Enhancement Fund provided sponsorship for the tickets. MJ's Managing Director Lesley-Ann Welsh is confident that they will be able to close the remaining gap to ensure that the theatre group shines in Glasgow.

But this isn't just about the Arts, according to Anika Kiddoe, the project's communications coordinator. "Manifesto Jamaica applied for the opportunity because our focus is education in general, and we recognise that travel is one of the most powerful elements of a rounded education. The Tin Forest offers a unique opportunity for these youth to experience other cultures, and witness the often-heard-of global appetite for Jamaican culture first-hand."

Cast member and Trench Town resident, Renard Anderson, said, "I am more excited about WHY I'm leaving, than the fact that I am leaving. I'm excited to be representing Jamaica." Twenty-two-year-old Sheldon Kelly, from Fletcher's Land, expressed a similar sentiment, but is even more overwhelmed by the fact that he'll be seeing his mother for the first time since she migrated to the United Kingdom 15 years ago.

According to Shaneil Orr, a cast member from Snowhill district, Portland, the actors all feel a renewed sense of hope in their future and a heightened sense of responsibility to use what they learn from the entire experience to facilitate the development of other young people in their respective communities.

Along with groups from Bangladesh, England, India, Malta, New Zealand, and Scotland, Team Tin Forest, Jamaica was asked to interpret the theme of the festival, 'From Nowhere to Somewhere'. But they're not just interpreting it - they're living it!

Before heading off to Glasgow, the group will be delivering a home performance at the Institute of Jamaica at 5 p.m. on July 12. Contribution $1,000 (students with ID $500).