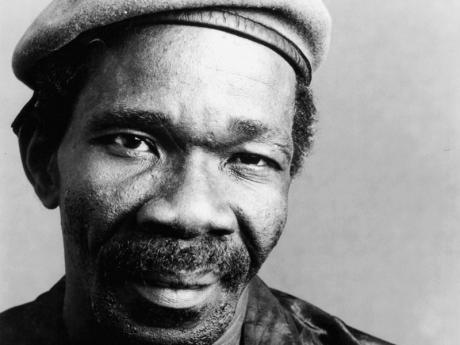 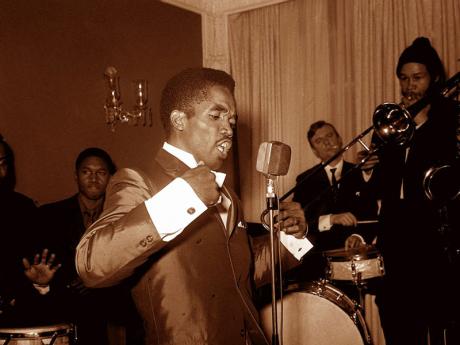 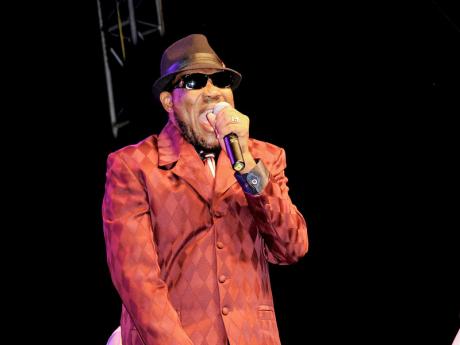 To the highly incognisant music lover, the term 'Blue Beat' is limited to being just a synonym for 'ska' - a type of popular music that is fast, with a strong off-beat that entered Jamaican music around the time of Independence.

The move was indeed the first in ensuring that Jamaica's popular music reached far beyond its shores, and it really did, as evidenced by the success of hundreds of Jamaican recording artistes who have helped to place Jamaica firmly on the international music map. The role of early pioneers like Aitken, Gray and Small, cannot therefore be taken lightly, neither can the role of 'Blue Beat' be trivialised.

'Blue Beat' was first and foremost a record label assigned exclusively for Jamaican ska releases and their distribution in the UK. Under contracts with Jamaican record producers, Melodisc Records, who owned the label, it was given special permission to distribute Jamaican recordings in the UK. The label also recorded several expatriate Jamaican artistes. Emile E. Shalit, owner of the company and the label, is said to have made several trips to Jamaica in the early 1960s, to sign contracts with the major Jamaican production houses. These contracts allowed him to build up an impressive roster of Jamaican artistes that included Derrick Morgan, Prince Buster, Eric 'Monty' Morris, Joe Higgs and Delroy Wilson.

Blue Beat not only gave Jamaican ska a home in the UK, but it also gave its name to the hypnotic and frenetic beat of ska, which appealed to a wide cross-section of the UK's musical landscape, both blacks and whites. At the outset, expatriate West Indians comprised the main audience, but over time, 'The native mods movement' and Skinheads - a white native rude-boy cult, became a very important record-buying market, resulting in Jamaican 45s impacting significantly on the British pop charts.

Chris Blackwell, the England-born, Jamaican-bred music mogul, could easily be considered the main catalyst behind the entire exercise, as he recruited some of the best Jamaican talents to help establish his Island Record enterprise in Britain, and almost invariably, their recordings became a part of Blue Beat's distribution machinery.

Aitken, however, was never a part of Blackwell's plan, as he had migrated to the UK a couple years before Blackwell's heroics. Aitken thus became the first to expose Jamaican popular music to an international audience. He was also integral to the birth of the Blue Beat craze: When Melodisc Records issued his single, Lonesome Lover, the response was so great, that it prompted Shalit to found a label devoted specifically to ska. Ironically, Lonesome Lover was not ska, but a bouncy ballad of enormous proportions. Aitken seemed emotionally charged, as he sang:

'I'm just a lonesome lover, looking someone to love me,

hoping that when I find that someone,

I'll never be lonesome no more'.

Aitken, who was highly spiritual, had questions for evildoers in his Blue Beat recording, Judgement Day:

'What you gonna do on the judgement day

you cannot rock and roll on that day.

All you gotta do is kneel and pray',

While in Mighty Redeemer, he begs for guidance:

Lead me my redeemer to the promised land.'

Although the word 'blues' in music oftentimes denotes slow music with a melancholy feeling, in the Jamaican or UK music context, it's quite the opposite. 'Blue Beat' was really an adaptation of 'Blues Beat' - a danceable music which was associated with the Jamaican blues recordings of the late 1950s, and which preceded the 'ska beat'.

Laurel Aitken's Boogie in my Bones, Derrick Morgan's Shake a Leg and Owen Gray's On the Beach, are perfect examples of these. Three of the earliest pieces done for the Blue Beat label were Laurel Aitken's Boogie Rock, Byron Lee and the Dragonaires' Dumplins and Higgs and Wilson's Mannie Oh, which, according to the producer and former prime minister, Edward Seaga, was the first Jamaican recording to be released on vinyl.

Between 1960 and 1967, when Blue Beat or ska music was in full swing in the UK and other parts of Europe, it is said that Melodisc Records issued approximately 400 singles on the Blue Beat label, in addition to a dozen albums.

One of the most colourful pioneers of Jamaican popular music, Prince Buster, ignited the UK Blues Beat scene on his arrival in 1963, with a cut, titled Alcapone Guns Don't Argue, and followed up with a series of high-quality productions like Madness, Wash Wash, The Barrister, The Spider and the Fly, Love Another Love - The Schoolgirls, Mighty Ruler - Roy Panton, Mighty Rose - Buster All Stars, Tree in the Meadow - Owen Gray, Oh Carolina - The Folks Brothers, and Dog War - The Maytals.

Earlier in that year, Buster persuaded his old friend and rival Derrick Morgan, to accompany him to England to sign a contract with Melodisc Records, which reaped those rewards. Morgan then seized the opportunity to record two tracks for Blue Beat, Telephone and Tough Man Tough. Towards the end of 1966, when the frenetic pace of ska slowed to the more comfortable speed of rocksteady, Blue Beat's lifespan was nearing its end. However, Blue Beat's original recordings continued to take the market long after the label folded.

Others that have stood the test of time include Jimmy Sinclair's Verona, Girl Satchmo's Darling, Derrick Morgan's Miss Lulu, Meekly Wait, Fat Man and Lover Boy and Eric Morris' In and Out the Window.