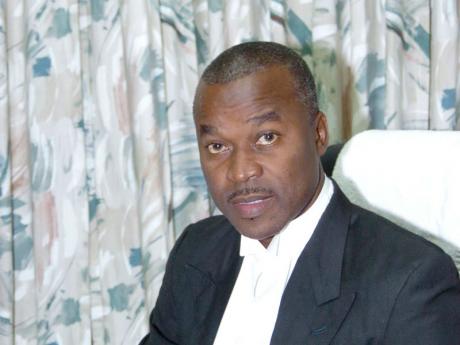 Criminal charges could be laid against officials of human-rights group Jamaicans for Justice (JFJ) and the operators of six private children's homes in the aftermath of the implementation of a controversial sex education course.

The Police High Command has announced that it is currently carrying out investigations, and noted attorney-at-law Bert Samuels believes both parties could be charged.

"The person liable is established not only by the principal, but persons who are specific principal offenders," explained Samuels.

"So it could be that the persons who gave the material could face criminal liability, and those who distribute it - or cause it to be given - could themselves also be held liable."

Last Friday, the police issued a media release in which it sought to assure the public that the matter, which has sparked public outcry, has not gone unnoticed.

"The Police High Command is, therefore, advising members of the public that an investigation has been launched into the matter, but it remains at a sensitive stage, and given the nature of the allegations, not much can be said at this time.

"The police can also confirm that they are looking into breaches of the Child Care and Protection Act and the Offences Against the Person Act."

The controversial sexual education programme was undertaken without the relevant ministries or the regulatory body for childcare facilities, the Child Development Agency (CDA), being informed.

This was in contravention of regulation 15(1) and 15(2) of the Child Care and Protection (Children's Home) regulations 2007, which makes provisions for all licensees operating children's homes to seek approval for their educational curricula from the ministry with responsibility for children if there is any deviation from the approved curriculum.

Preliminary investigations by the CDA have found that 135 children across the six childcare facilities participated in the course.

The majority of the participants were below the age of 16, with the group including one child aged 11 years old, a 12-year-old, and 10 children who were 13.

But with buggery still illegal in Jamaica, the teachings could be deemed to be in contravention of Sections 76 and 79 of the Offences Against the Person Act, and Samuels believes there is definitely a case for persons to answer to.

Samuels added: "Teaching minors about healthy sex is admissible, however, because the sexual activity they are describing is not permitted with or without consent, whether or not you are an adult. It is a criminal offence to encourage or to tell a child that it is his right to break the criminal code of Jamaica."