Under attack - Criminals plaguing Chinese businesses in May Pen 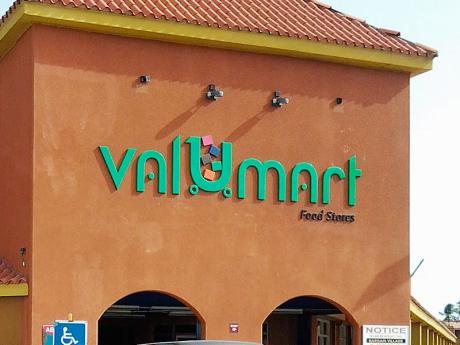 One of the businesses operated by Chinese operators which was broken into last year. Two of the would-be robbers were killed by the police in a reported shoot-out. - Photo by Horace Fisher

To say that Chinese business operators in May Pen and elsewhere in Clarendon are a target for criminals is putting it lightly. Based on reports from the police and information on the ground in the central Jamaica parish, businesses operated by members of the Chinese community are being targeted by criminals.

While the number of attacks since the start of this year was not available at press time, members of the Chinese community in Clarendon say they have recorded dozens of robberies with some businesses being robbed twice in two weeks.

China Delights Restaurant, Payless Jewelry, National Wholesale and Supermarket, Easy Look Store, Guinep Tree Haberdashery and Valumart are among the businesses hurt by criminals in recent time while businessman 40-year-old Dai Zhigen was killed in May Pen just over one year ago.

Police in the parish are aware of these incidents and say they are taking measures to protect the business operators.

"We have a mandate to protect the business community, especially the Chinese, and at any given day, there are at least four dedicated patrols along the May Pen business corridor," Superintendent Carol McKenzie, operations officer for the Clarendon police, told The Sunday Gleaner.

"However, the police can't be everywhere at the same time," argued McKenzie, as he pointed to the bigger picture on increasing crime in May Pen and urged members of the business community to be more proactive in their own safety and security. McKenzie also reiterated the readiness of the police to assist persons moving large sums of cash.

This is the second time in less than one year that members of the Chinese community have complained that they are being targeted.

At that time, Police Commissioner Owen Ellington announced that the High Command had initiated dialogue with members of the local Chinese community, especially those who operate businesses, to get a better understanding of the particular vulnerabilities of this group and to effect measures to protect Chinese persons and their business interests in Jamaica.

"The police are determined to partner with our highly valued Chinese community to reduce the risk of criminal victimisation and promote business confidence among the Chinese," said Ellington, as he announced that a liaison officer had been put in place to take reports from members of the community.

But that is not enough for the business operators whose shops are on the corridor which stretches from the May Pen Police Station to the Guinep Tree intersection.

Less than a month ago, armed men broke into the living quarters of the Chinese-operated haberdashery at Guinep Tree and assaulted the two Chinese businessmen before making off with a Hiace minibus loaded with store items.

A similar incident was reported the following week, when armed men broke into the upper floor of a business operated by members of the Chinese community and pistol whipped members of the family in their demand for money.

"I am particularly alarmed at the frequency and violent nature of the incidents of robberies against the business community in May Pen, especially against the Chinese ... an ethnic minority in Jamaica," said Garth Young, a Chinese businessman and executive member of May Pen Business Watch (MPBW).

Young argued that the Chinese operators are being targeted because it is believed that they have a culture of distrust of the formal banking system, are cash rich and operate without the appropriate security system, human and electronic.

The MPBW and the Clarendon Chamber of Commerce (CCC) have also expressed concerns about the attacks.

"The reported incidents are a cause for concern, not only for the Chinese business community, but also for the wider Clarendon businesses. However, the Chinese are proving to be the most vulnerable to the high level of criminality; therefore, the chamber is looking at initiatives to safeguard business operators in the parish," said the recently elected president of the CCC, Dr Winston Dawes.

Chairman of the MPBW, Micheal McLaren, pointed to lack of security apparatus at several of the Chinese-operated businesses. He is urging the business community in May Pen to take action to protect themselves from criminals.

"It is well known that a lot of the Chinese business deal with cash, and in this hard economic times, criminals will target the most vulnerable, in this case it is unfortunately the Chinese," McLaren told The Sunday Gleaner.

He was supported by head of the Chinese Benevolent Association Dalton Yap who noted that the attacks on the Chinese business operators is widespread.

"It is sort of circling, this week Savanna-la-Mar, next week May Pen, and so on, but in Kingston the Chinese operators are always under pressure," said Yap.

He told The Sunday Gleaner that the community has been getting solid support from the police with Assistant Commissioner Devon Watkis being most helpful.

But Yap noted that because the Chinese are being targeted it is difficult to police.

"If you are targeted it is very difficult. In one incident, the criminals invaded the person's house at one or two in the morning. I am urging persons to take precautions to ensure their safety," added Yap.