Pathway for the disabled - Construction to start soon on Papine, Elletson Flats project 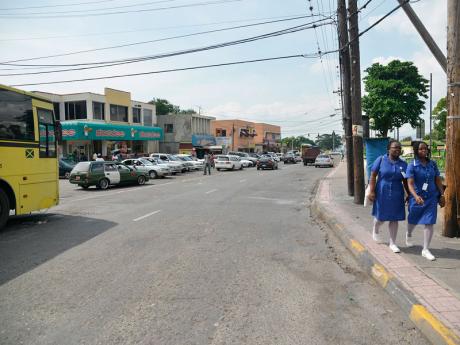 Work is to begin shortly to construct a pathway to specially accommodate physically challenged persons who traverse the Papine and Elletson Flats area in St Andrew.

Making his contribution to the Sectoral Debate last Wednesday, Collin Fagan, junior minister in the Ministry of Local Government and Community Development, announced that $11 million has already been allocated to the project.

The construction of the pathway for the physically challenged is part of an initiative to position the Papine area as a university town.

According to Fagan, the KSAC will spearhead the next phase of the discussions for the establishment of the university town, and will seek to conclude matters such as a memorandum of understanding, a master plan and a budget.

Fagan also used his presentation to announce the creation of a town centre programme, which is aimed at responding to the challenges of urban centres.

He said a pilot will be undertaken in Linstead, St Catherine, and that the programme will be replicated in Ocho Rios, St Ann, and other towns across the island.

"Our urban centres cannot continue to operate as they are currently. We have to create an environment in which all stakeholders engage with representatives of local government in identifying the actions that must be taken to improve our urban centres," said Fagan.

"This facilitates orderly development and increases the investment potential and ultimately the economic development of towns," added Fagan.