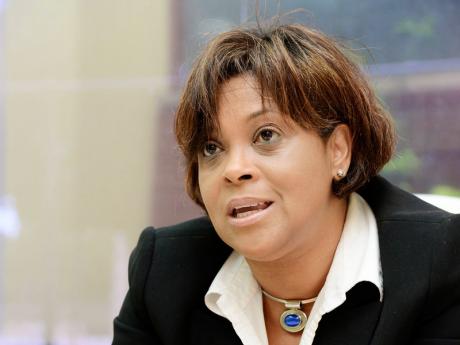 Carol Simpson - There is no government agency to help you with making an idea into a business in Jamaica.

More and more Jamaicans are coming up with unique ideas that could make life easier, but a shortage of financing is preventing them from moving their ideas into real projects.

According to executive director of the Jamaica Intellectual Property Office, Carol Simpson, Jamaica is yet to reap the benefits of its people's creativity, as many persons do not have the financial resources or know-how to move their ideas to the next level.

"We are making strides and you can see it at the universities around the country, and the Scientific Research Council, but I would really like to see the Government put in place more grant funding to help young people to develop prototypes for some of the ideas they might have," said Simpson.

"It's one thing to come up with an idea, but if you can't develop a prototype for what you have invented, how do you know if it can work?" said Simpson even as she noted that Jamaica is now ranked 82 out of 142 countries on the Global Innovative Index.

"We've always said there needs to be more private-sector entities that could partner with government agencies and create an incubator for new innovative ideas, because many times young people have the ideas but they just don't have the resources or the know-how to develop those ideas into a product."

Dr Paul Ivey, associate vice- president for graduate studies and research at the University of Technology, agreed that the lack of funding for research and development is a major hindrance to local inventors.

He pointed to the absence of a national funding agency where researchers can apply for competitive grants, such as is available in Singapore, South Africa the US and other countries.

One inventor who faced similar funding difficulties was Carey Bolt, who has created the 'CGB water tank gauge'.

"I got the idea for the water gauge because I was having a normal day washing my car, cooking and then when I went to take a shower there was no water, the tank was empty," said Bolt.

"I called all around to find out if there was any machine that could determine the water level in residential tanks, and every where I called said nothing like that exists."

Bolt then went about putting his idea on paper and having a prototype of a water gauge developed, with very little assistance from any financial or governmental agency.

"If I didn't have a little money in my savings account, this would never come to fruition because to take out a patent you need a lawyer, that alone is $50,000 plus. You have to hire an engineer to build a prototype, and that can cost anywhere from US$500 to US$600 an hour."

Bolt's water tank gauge, which displays water levels and leaks in residential water tanks, was patented in Jamaica last year and is now available in more than 20 hardware stores across the island.

"If I wasn't determined I wouldn't reach this stage, because there is no government agency to help you with making an idea into a business in Jamaica. Politicians can talk all they want but without money the best ideas aren't going anywhere," said Bolt.

Minister of Industry, Investment and Commerce Anthony Hylton has acknowledged the risky nature of financing intellectual property development, and has pointed to venture capital as a possible answer for innovators.

"When we talk about venture capital or angel funding it is because we recognise that there is a need for creative financing or patent capital, so the Development Bank of Jamaica and my own ministry have been working together to create more venture capital opportunities to medium and small businesses," said Hylton.