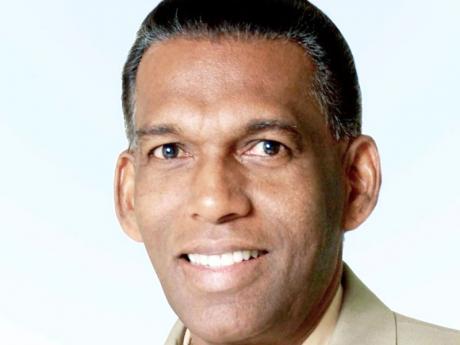 After a year's absence, the Senior Cup cricket competition is up and running, although, in most instances, in its old format, or rather, in the format of not so long ago.

The competition, Jamaica's biggest, is too large, it still caters to all and sundry, and despite the feeling of some that the more the merrier, the present situation will never raise the standard of the country's cricket.

To lift the standard of Jamaica's cricket, the Jamaica Cricket Association not only needs to spread the game. It also needs to oversee a competition of fewer teams, of maybe 10 teams playing return matches, in which the good players play regularly with and against each other on good pitches, on good fields, with good umpires, and in generally good conditions.

The competition, as it now stands, has 23 teams, one more than the last time, and apart from many of the parishes being unable to put out a good team and do not have proper facilities, not even a good pitch, the 23 include teams like Kingston & St, Andrew Cricket Association, whatever that is, G. C. Foster College, University of the West Indies, and, if I may dare say to, also teams from the Jamaica Defence Force and the Jamaica Constabulary Force.

What will the association do, if say next year, the University of Technology wishes to enter the competition?

The competition should be for good cricketers who, mostly, have an eye on greater things, and are willing to make sacrifices in order to achieve them. It should not be for the casual cricketer, or those who have other important things to do, particularly those pursuing other professional careers.

I remember, for example, back in the 1970s, a huge crowd turned up at Caxton Park to see House of Dread football team make their debut appearance in the Major League, in the country's top football league at the time, House of Dread turned up and was out warming up before the bumper crowd, but the match was not played.

Scholarships, for example, also should not be linked with representation of the institution.

I was hoping also that the Billy Heaven-led JCA would have looked at improving the country's cricket, at spreading cricket while having a better top league, one which the JCA would be able to better control, one in which players with a common aim would play, and one from which it would get better cricketers, have fewer selectors, and generally get more for the money spent.

And with no sponsorship, it is not a lot of money.

Maybe, it is all because of the lack of money why the league continues to be one of so many teams divided into four groups and with each team playing only four or five matches before the competition reaches the quarter-final stage.

Although they have increased the first prize to one million dollars, probably in response to the prize money in the government's T20 league, maybe it is too early for the association to reconstruct the competition. It takes a lot of money to run a league of fewer teams with return matches, to provide better facilities, to allow teams to travel around the country, and to pay for hotel accommodation.

There is, however, one other problem, and it has nothing to do with money.

When I was a boy growing up, and when I became a man, cricket was a fascinating but difficult game to play but a game in which the result was simple: you either won or you lost, and sometimes a match ended in neither a victory nor a loss, but in a draw.

Cricket, in those days, was easy to understand. Victory belonged to the team which, most times, batted, bowled, and fielded better than the one which lost, and a draw occurred when the bat got the better of the ball in the allotted time, or on those occasions when the weather took a hand in the proceedings.

In these days, however, especially in Jamaica and elsewhere in the West Indies, cricket, particularly as far as results are concerned, is no longer a simple thing: in a bid to breathe life into the game, to lift the standard of play, the powers that be have gone the way of bonus points.

The scoring system, and the bonus points system, appears to make the game much more complicated than it should be.

The bonus points system is based on performance during the first 80 overs of the first innings of the match, the batting team gets one, two, three, and four points for scoring 200 to 249 runs, 250 to 299, 300 to 349, and for scoring 350 runs and over, and the fielding team gets one, two, and three points for taking three to five wickets, six to eight wickets, and nine and ten wickets, and if that is not bad enough, each batsman who scores a century and each bowler who takes five wickets or more, things which also contribute to the team's efforts, gets one additional bonus point each.

Apart from the fact that the bonus points are too easily won, with the scoring system as it is, a team could get more bonus points in a match than it gets for winning the match.

I do not, however, believe a team should get any bonus points when, for example, it picks up wickets at the end of an innings, unless it dismisses the opposition for, say, 120 inside the 80 overs and not picking up any amount of wickets inside the 80 overs when the batting team has probably passed 300 runs in the 80 overs.

Although the clubs, and all the other teams, may need a calculator to calculate the figures in order to find out the result at the end of a match, it is nice to see the Senior Cup is back in action.