Not dizzy from PNP spin 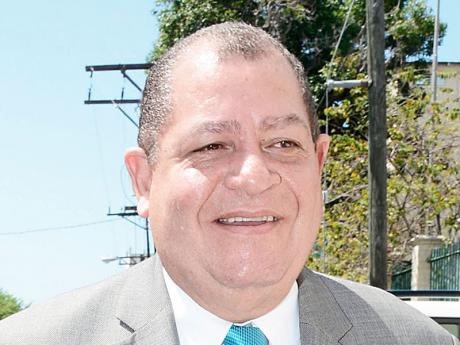 While I should ignore the expected blatant bias coming from Delano Franklyn, who is a senior adviser and mouthpiece for the Government, let me set the record straight on several erroneous comments made by him in the In Focus article 'Will JLP 'dream team' solve economic nightmare?'

Mr Franklyn said, "Shaw's failure to abide by the IMF 2010 agreement led to Jamaica being locked out of the global capital market." He went on to say that "multilateral and critical bilateral partners withheld their support".

On both counts, Mr Franklyn is wrong, but I can hardly blame him, since it is the entrenched strategy of the People's National Party to repeat falsehoods often enough that if they go unchallenged, they become accepted as truths.

The facts are that one year after the IMF agreement in 2010, and after passing the first three IMF reviews, Jamaica went to the global capital market to raise US$400 million in January 2011. Incidentally, this was to finance earlier instruments that had been taken out on the global market by my predecessor at between 10% and 11% interest rates - popularly known as junk bond rates.

The market was not closed. It was responsive, and the issue was oversubscribed with orders of more than US$1.1 billion. The best news is that we raised the US$400 million at the lowest interest rate ever in our history on the global private capital market - 7.95%.

We did not return to the capital market in 2011 because we had adequate foreign exchange funding, with well over US$2.0 billion in net international reserves (NIR) and US$2.8 billion in gross foreign-exchange reserves.

And this leads me to the second falsehood from Mr Franklyn: that multilateral institutions withheld their support.

When I became finance minister, there was a negative flow of funds to the multilaterals. We were paying out more to them than we were borrowing, despite the low-cost funds which the World Bank and the Inter-American Development Bank (IDB) were offering. The PNP government preferred, instead, to borrow expensive money on the international capital market.

I changed all this and borrowed close to US$3 billion from the multilaterals, mostly at interest rates of less than 2% per annum. In fact, in November 2011, then Prime Minister Holness and myself signed loan agreements with the World Bank and the IDB totalling US$330 million.

The capital markets and multilateral funding, having apparently closed in 2012, were not under my watch, and would have been because of the inability of the new government to secure an agreement with the IMF within the promised 'two weeks' after coming to power, or to inspire confidence that in short order they would get their act together.

A word of warning to Mr Franklyn and all those who believe that the present course we are on is sustainable. The continuing devaluation of the Jamaican dollar, supported by the IMF and blindly followed by the Government, is a ruinous policy that will not achieve stability, employment and export growth to earn foreign exchange, given Jamaica's high dependence on imports for production and consumption.

In addition, it is depressing consumer demand, depressing commerce, and driving poor and working-class people into deeper and deeper poverty. People are genuinely suffering and there is a breaking point.

It's worth repeating that the only periods since Independence when the economy has grown at 6% per year for several consecutive years were when our exchange rate was stable (1960s, mid-1980s).

Mr Franklyn may not wish to note the history of the dollar slide since the decimalisation of the Jamaican currency, and its relationship with growth in the economy or the absence of growth. After seven consecutive years of negative growth in the 1970s, exchange-rate stability led to 6% annual growth between 1986 and 1991, because of the JLP management up to 1989.

What do we have to show for all this devaluation? And with what credibility can either the Government or the IMF speak with respect to likelihood of improvement from more devaluation?

Mr Franklyn, Jamaica needs certainty and predictability to build investor confidence, and a stable exchange rate is an absolute prerequisite for this.

No amount of spinning of information and propaganda can deny this simple fact.

Audley Shaw is opposition spokesman on finance and planning. Email feedback to columns@gleanerjm.com.