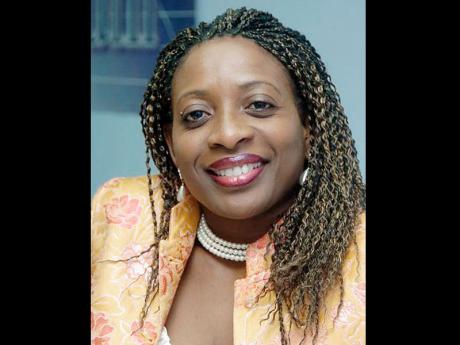 Many men are seeing blue after taking the sexual enhancement drug, Viagra, while some of us women would love to have the luxury of seeing pink.

Men are busy in pharmaceutical laboratories, ensuring that they not only enjoy sex to the fullest, but are able to maintain an erection for hours. The result of their hard work is evidenced by the plethora of sexual-enhancement drugs such as Viagra, Cialis, Levitra, among others.

For decades, Jamaican men have been whipping up their own concoctions of sex 'roots' restricted to men alone.

And still, there is nothing for women who are suffering from lack of sexual desire, or who want to achieve orgasmic bliss. In fact, I am forced to ask the question, where are the libido-stimulating agents for women?

Many of us have to contend with waning sex drive and unfulfilled experiences. Some of us have never experienced a good orgasm and most of the time we scream and writhe, to stroke our partner's already large ego. Very few of us can sigh that sigh of satisfaction after the act.

But, who cares about us? Who gives a hoot about our needs? Obviously, not the scientists in the laboratories and certainly not our partners, who need to take time out to study us.

In recent years, women have become more open, and a number have confessed to me that they are frustrated with their sexual dysfunction. This has led many to become depressed, irritable, and pondering whether pharmaceutical companies are afraid to empower the V.

I do not feel that there are enough studies done to help women reach the apex or even an 'ordinary' climax after menopause. Instead, our lack of sexual desire is labelled, hyperactive sexual desire disorder by the experts, who have not been able to find a cure. At just 35 years old, Karen Landon says she has had no sexual desire two years after giving birth to a bouncing baby boy. She said that suffering from the female version of being unable to obtain an erection, she has searched but is yet to find something that would help her 'have the urge'.

It's even more worrying for 51-year-old Kimmy Lawford, who says she was highly sexed before menopause stepped into her life. "Now my sex drive has gone down, I long to return to the days when I had that urge every morning. Menopause has destroyed the feeling that I would normally have."

She says even though she is approached by a number of younger men, she doesn't have the confidence that she would be able to manage. "Unlike the older men, who has an option of Viagra or Cialis to help them do the job."

Suzie Sheer, 45, is not yet menopausal, and there is a sharp decline in her sexual desire. "I have no drive whatsoever. I went to a doctor who couldn't help. However, if a male counterpart went with the same problems, they would have been able to prescribe something to assist." Her problems started two years ago when she noticed her lack of interest in sex.

Like these three women, others are suffering in silence. If you are among the millions suffering, you may want to try MACA, which I have not tested. However, I understand this is a Peruvian root that supposedly has the ability to increase desire. According to Shakira McMaster, a registered nurse, "You can get MACA in powder form to use in your natural juices and smoothies, the powers it has, especially for women, is wonderful for young and old, and you can find it in the natural or organic food section".

My advice is that you talk to your doctor first before embarking on anything new, particularly if you are diabetic or hypertensive.