No room for excuses 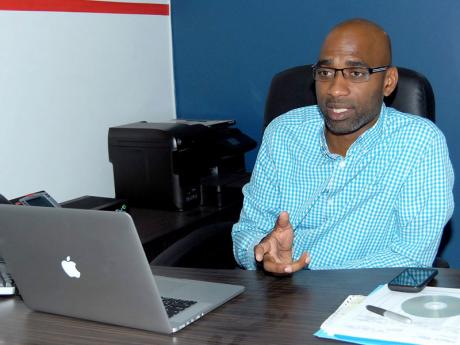 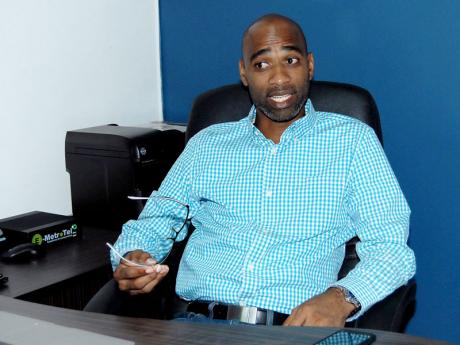 Building a company on the excuses of others is not something you hear about everyday, but Richard May did exactly that when he started ECHOS Consulting Company, and has made no excuses about it.

A past student of St Elizabeth Technical High School, May always enjoyed doing things with his hands. He remembered pulling radios apart just to rebuild them and see how they work. He was always technically inclined and went on to the University of Technology to study chemical technology. May went on to several other tertiary institutions to expand his knowledge, the last being the University of New Brunswick in Canada, where he received a post-graduate certificate in occupational health, safety and environmental processes.

In 1996, he began working at SGS Jamaica as quality manager and lead assessor - identifying issues and challenges within organisations. He was placed with the task of ensuring that protocols were followed in specified organisations as it relates to energy, solid waste and marine management. During the course of his work, he could not understand why some of the organisations he was sent to audit had problems getting the work done. Sandals Negril became an account that he had to supervise and they also fell under the excuses categories then.

"I decided that I would work with them and show them how to meet these goals and seeing how well we worked together, eight months later I received a job offer from them," May told Flair.

It took him six months to meet his goals at Sandals Negril before moving on to Sandals Resorts. However, he knew there were other companies that needed this transformation outside of Sandals, so in 2004 he formed ECHOS Consulting. The name is an acronym for exactly what the company does (energy and environmental conservation, health and occupational safety and sustainability). The inception of the company was not one that was too difficult, May said. He had two lucrative clients and he had a general manager that was able to perform certain duties for him so that he could be in the background and continue with his job at Sandals.

While the start was relatively easy, May admits that being a CEO was not always an easy task. "Running an organisation is not something that you learn in college. The theory is far different from real life." Some of the things he has had to learn on the job, and acquired a new set of skills such as working within a budget for a project and having to create that budget. "I am a technical man - engineering is my background, so doing the books is not something that I am used to. So there was a lot that I had to learn on the job."

Ten years have passed since ECHOS was created, and May and his employees have managed to keep the organisation successful and above water even through Jamaica's recessional periods - something he is quite proud of. However, he has not set a limit on expectations as he does not believe that one should set limitations on their organisation.

"Has ECHOS met the expectations of what I expected for 10 years? No, because when it comes to expectations of an organisation, I think that limits the organisation. So what I set are worst-case scenarios, but a business always has more that it can do and more growth to accomplish," explained May.

While being CEO of his own organisation, he has a president and vice-president of his life - his children. His president is his six-year-old daughter Arianna and his VP his nine-year-old son - Richard Jr. These are his lifelines and he ensures he makes time for them. He breaks it down to time management - he believes in being busy when they are busy, which is when they are at school and during homework time. During the summer holidays, he has a period when he shuts down and is with them. For him, this means going off the radar - away from emails and phone calls so that he can devote all his time to his bundles of joy.

Family has always meant a lot to him. He told Flair that the closest things to him are his parents and siblings. Although his brother Craig, is a director at ECHOS, he fondly names his sister 'the president' of them as siblings. "She is a grown woman but she knows how to pull us in constantly, using the baby-sister cord," said May with a smile playing on his lips.

When not with his children May is quite the outdoors man, spending his time climbing the Blue Mountains or just relaxing in a hammock or a beach chair to let his mind wander.

When it comes to being a young entrepreneur May's advice is, "If the business should make you bankrupt and you get upset and you are going to feel regret, then don't do it. But if it runs you bankrupt and you feel a sense of pride saying at least I tried, then you should go for it because that means it is something that you will truly love and put your all into. Owning a business is not about it looking good, it is about truly having a passion and loving what you do so you can give it your all."