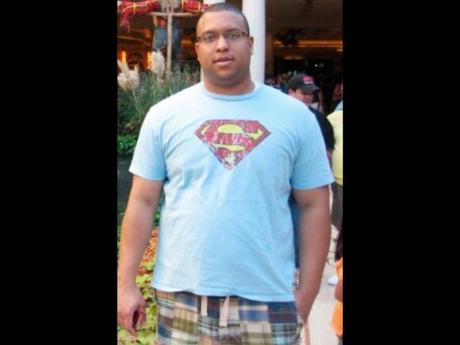 Perrin Gayle at his heaviest. 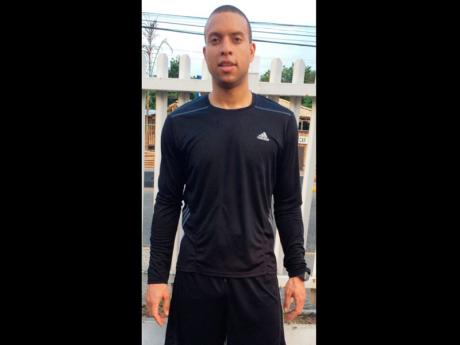 School can get the best and worst of us - nourishing our minds while neglecting our bodies in the process.

Perrin Gayle's inspiring transformation took place after he realised that he had gained close to 60 pounds at grad school in the United States. He has always had weight issues, but it spiralled out of control when he buried himself into his studies.

"I am about 6 feet 3 inches, so it was hard for anyone to see. It was, however, hard on the knees. I felt very slow, I started to experience some health issues and I ultimately felt uncomfortable in my own skin. As for my eating habits, I ate badly and far too much. So, I had to do something about it," Gayle told Flair.

He enrolled in a gym, but found the routine of lifting weights very unpredictable, and his body mass fluctuated.

Trial and error aside, he discovered a passion for running and it was there that he peeled off the pounds. "I have, to date, lost more than 100 pounds and I have running and clean eating to thank for that."

He educated himself about nutrition and after learning of the harmful effects of processed foods, he became a vegetarian.

After returning home, it was difficult for him to find a running group that shared a similar zeal and drive. He found a home with the Sonic Steppers in St Andrew and his life in the world of fitness has never been the same. "I started running two years ago, and I recently joined the running group Sonic Steppers. I usually run alone, participating in several racing events, but it was hard to keep motivated. We are a fitness family - we share similar interests and struggles, encouraging each other collectively to reach our individual goals."

His advice to those battling with their weight, "Have a good support structure or have a coach to support and speak to. I don't know of anyone who hasn't fallen off the wagon, because it is not easy. But if you have someone to turn to, it will be easier for you. Also, find physical activities that you enjoy doing and tap into it. When I found out that running was my thing, I literally ran with it. It doesn't even feel like working out, because it is what I love to do."