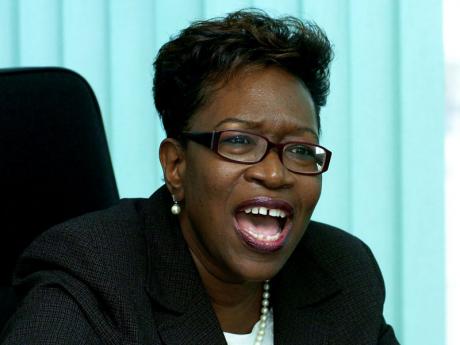 BEMOANING the recurring low levels of fiscal support to the justice system, Director of Public Prosecutions (DPP) Paula Llewellyn has called for civil society to "rock the boat" in an attempt to get the Government to spend more money within the sector.

"I think the time has come that more and more stakeholders ... so you are being respectful, so you are doing your work ... but you must be prepared on the appropriate occasion to rock the boat and let the public know what is happening," Llewellyn said Saturday night as she delivered the keynote address at the Rotary Club of Lucea's 40th annual presidential installation ceremony at the Grand Palladium hotel in Lucea, Hanover.

"So when we can give more than a gentle hint to the policymakers, that notwithstanding the tight fiscal space, try to find the resources, so that more can be put into the justice system," she added.

Llewellyn said it is "just unfortunate that over the last 30 years, the policymakers, in both political parties, have not found the justice system sufficiently appealing to put the amount of resources, to double or triple the number of courtrooms and human resources as they have found exhibiting a new road that has been built for half a billion or a billion dollars".

Parliament has approved a $1-billion slice of the $539-billion national Budget to cover housekeeping expenses such as salaries within the justice ministry, up from $756 million two years ago and $450 million 10 years ago. Capital expenditure on justice was $65.7 million 10 years ago, a figure which has since swelled to $445 million.

"It is a call to action to my fellow stakeholders in the system. We respect the system; we respect the policymakers, but where we are being given basket to carry water, we have to be prepared to speak out and indicate quite stridently that more resources, even with the tight fiscal space, are needed," she added.

Llewellyn said the initiative to implement a criminal management system could be seriously affected because of the shortage of courtrooms.

The DPP cited as an example the recent sitting of the St Ann Circuit Court where a total 113 cases were on the list, but proceedings were affected by a lack of courtrooms as well as manpower.

"You had 44 Gun Court matters that were to be tried by a judge alone. You had only one judge and I sent a deputy director and a Crown counsel, because the list was so huge," she said.

"Every day they were working, every day! They got two or three or four guilty pleas, so everything else had to be tried. And what they told me in their report is that out of all these matters, at least 21 cases were ready ... but they couldn't be tried. They all had to be adjourned, because a court can only try one case at a time.

"You cannot dispose of 113 cases in five weeks. And if you are going to double the time to 10 weeks, you don't have staff, nor prosecutors, court reporters and judges to do that," the DPP said.

She said despite the country operating under austerity, the justice system must be given attention as a matter of urgency. She said, too, that a rise in the levels of crime has made the need for resources even greater.

"What is happening is that the system is almost turning on itself, because with the rate of crime having doubled and tripled in some areas over the last 30 years, you have more cases being fed into the system but the number of courts has not increased at all," Llewellyn said.