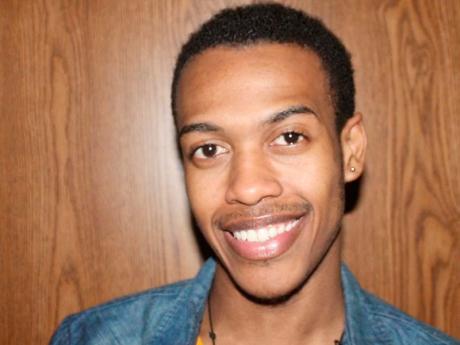 Jamaica-born Jovaun Black is still devoted to The Gleaner even though he currently resides in Brooklyn, New York.

Jovaun's encounter with The Gleaner began as a young child when he would try to read copies of the newspaper he found at home, but never understood anything.

The 23-year-old credits his transition in reading to The Children's Own and Youthlink - both published by The Gleaner Company.

"While attending Port Antonio Primary, I made it mandatory to get copies of the Children's Own because it contained study guides for my GSAT exams. Furthermore, while at Port Antonio High School, not only was I interested in academics, but I became attracted to fashion, entertainment and just about anything a teenager would find fascinating.

"I got a glimpse of Youthlink and realised that it was a paper written for young people, by young people who shared my interests, and wrote articles that were not only educational, but fun and engaging. However, it was in my senior year at high school when I began exploring The Gleaner to research current affairs topics for assignments and CSEC exams," Jovaun shared.

Now a first-year honour-roll student, pursuing his degree in theatre arts at the Borough of Manhattan Community College in New York, Jovaun continues to read The Gleaner avidly. Moreover, he reads The Weekly Gleaner published in New York, but he loves the convenience of being able to access The Gleaner online.

"I enjoy having The Gleaner right at my fingertips, whether it be on my PC or on my mobile. This, I believe, is a great accomplishment since The Gleaner's establishment 180 years ago, and I am grateful," Jovaun expressed.

When asked about his loyalty to The Gleaner, Jovaun's response was, "I do read other papers published in the US. However, I am a proud Jamaican and regardless of where I reside, that will never change, so I stay true to my roots - The Gleaner - which does an excellent job of mirroring the latest happenings in my homeland, Jamaica."

Jovaun implores young Jamaicans to embrace the privilege of reading publications written by The Gleaner as well as apply the knowledge gained in pursuit of academic and career success.