IMF has not addressed worries - Tufton 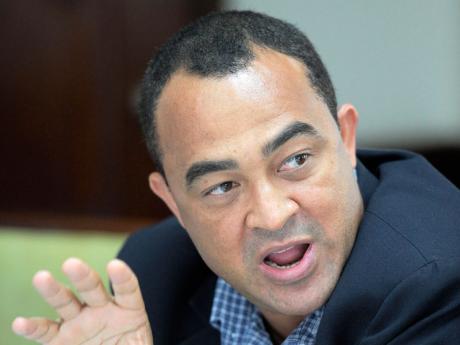 Former government minister Dr Christopher Tufton said yesterday that the glowing picture of optimism painted about the Jamaican economy by the managing director of the International Monetary Fund (IMF) is in stark contrast to the realities facing persons on the island.

IMF head Christine Lagarde made a two-day visit to Jamaica last week, and upon her departure Saturday said the economic outlook was improving.

"Compared to a year ago, growth has picked up, unemployment has declined, inflation has been brought under control, the current account deficit has shown an ongoing improvement, and reserves are starting to recover," Lagarde said.

But Tufton, who was a member of the Bruce Golding government which inked a standby agreement with the Fund in 2010 which ran aground within a year, said Jamaicans are struggling under the current economic programme.

"While there is something to be said for a positive outlook by the IMF on the prospects of the Jamaican economy, the fact is that Jamaicans, both in their personal lives as well as in their businesses, are not nearly as upbeat as the IMF and the Government seem to be," Tufton said.

He was the keynote speaker at an installation and awards ceremony held by the Rotaract Club of Savanna-la-Mar at Hotel Commingle in Westmoreland.

"We have heard the virtues of sticking to meeting the targets set under the IMF agreement and have even heard empathy being expressed with Jamaicans who have had to make sacrifices brought on by devaluation and wage freezes. However, we have not heard enough said about unpaid bills to suppliers within the public service, such as in the hospitals or the schools or the prison system," said Tufton.

"These unpaid bills disrupt the rhythm of economic activity and causes undue hardship to farmers and commercial workers," Tufton added. "We have not seen a sufficient and timely response to manufacturers or developers who are willing to invest, but are faced with uncertainties about tax issues or developmental approvals. These uncertainties delay the process and disrupt the prospects of job creation."

Under the four-year extended fund facility with the IMF, Jamaica has agreed to undertake tax, pension and other areas of reform in exchange for budgetary and balance of payment support. A key objective of the programme is to reduce the country's debt-to-GDP ratio from 140 per cent to at least 60 per cent by March 2026.

Lagarde said the debt-GDP ratio has "firmly been put on a downward trajectory", but warns that the country should move to undertake other major reforms, including improving the collection of taxes, modernising the public sector, and ameliorating the business climate.