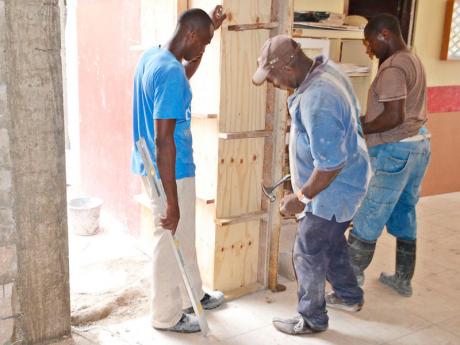 WITH ATTENTION being drawn to the inadequacies in the fire service, the St Ann fire department is exhibiting action that is worthy of emulating and one that is saving the Government millions of dollars.

There is little worry where fire response is concerned, according to Senior Deputy Superintendent Anthony Hinds, who is in charge of the parish.

"As it relates to response capabilities, we are okay with that," Hinds said last week.

All units at the St Ann's Bay and Brown's Town stations are operational. At Ocho Rios, the fire unit is operational, but the rescue unit needs repairs, so too the fireboat, which has been out of operation since last year.

In relation to the rescue unit, the one at St Ann's Bay can be deployed in the absence of the one in Ocho Rios.

St Ann Chamber of Commerce President Oral Heaven told The Gleaner last Wednesday that he and Hinds are supposed to meet to discuss the situation.

Heaven acknowledged that St Ann is in a much better situation than what exists in some other parishes, but expressed concern over the fireboat and the rescue unit.

"Our only concern right now is the fireboat, which has been out since August last year, and for the rescue unit to be repaired as it is of vital importance," Heaven said.

While the focus nationally is on the shortcomings of the fire service, when The Gleaner visited the St Ann's Bay fire station, last Wednesday, firefighters were seen working to extend the facility.

"We are doing some work to create some additional space," Hinds explained.

"We are extending the divisional office, we are creating dormitories inside there for the district officers and the assistant troops. We are also building a storeroom and expanding the kitchen and the eating area."

Hinds said the work was being done by volunteer firefighters, including several from other parishes.

"We have firefighters here from St Catherine, from Montego Bay and firefighters from here in St Ann, who are working now."

"We saving the government millions," one volunteer worker shouted at The Gleaner.

The work is expected to be completed in another few weeks.