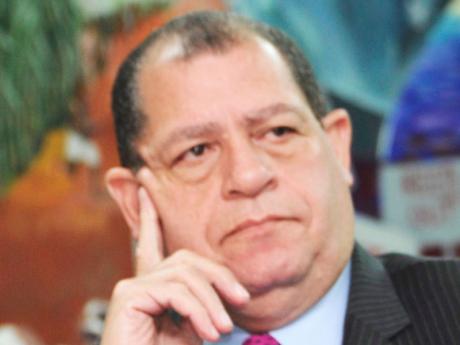 In an article published in The Gleaner dated June 30, 2014 ('Not dizzy from PNP spin'), Mr Audley Shaw would like readers to believe that he is not biased in his commentary. That is tantamount to Luis Suarez saying that he does not bite while playing football.

Anyone who believes that Shaw and the Jamaica Labour Party had a smooth relationship with the International Monetary Fund (IMF) during the tenure of the last Government only need to listen to the words of the president of the Fund. During her recent visit, she said, among many other things, "Before 2013, Jamaica's relationship with the Fund was not what it should have been."

She also said that Jamaica has now restored its credibility in the eyes of the international financial community. The question Mr Shaw needs to answer is why, and under whose watch, did Jamaica lose favour with the international capital markets.

We all agree that the Jamaican economy requires drastic action to put it on a path of sustainable economic development. The only way to this is to reduce our debt and to put in place the necessary reforms to encourage investments and job creation.

In doing so, everything must and should be done to protect those persons in the society who will be most affected. The president of the IMF publicly stated that Prime Minister Portia Simpson Miller insisted on this, resulting in an IMF agreement which retains and, in some instances, expanded state-funded assistance programmes.

The Gleaner seems to also be aware of this. In its editorial of Sunday, June 29, 2014, it outlined, in part, "In the two and a half years since its return to Opposition, the party has been unable to articulate a coherent set of economic policies, much more a strategy for their implementation."

I wonder if that is one of the reasons why the leader of the Opposition, Mr Andrew Holness, brought in Mr Aubyn Hill as his chief economic point man, leaving Shaw to wonder how, from here on, he is going to fit in the mix.