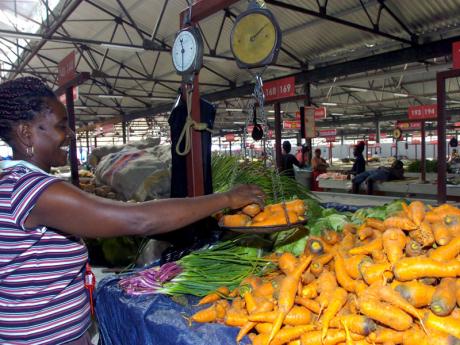 A vendor weighs carrots in the refurbished section of Coronation Market. - FILE 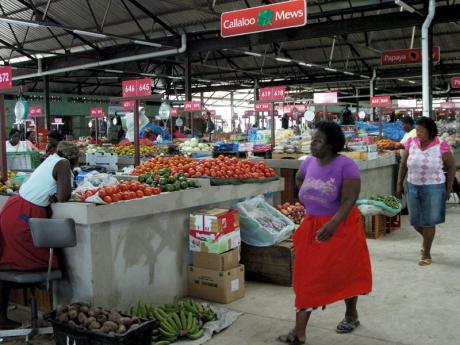 A market vendor walks by stalls in the refurbished section of Coronation Market. - File 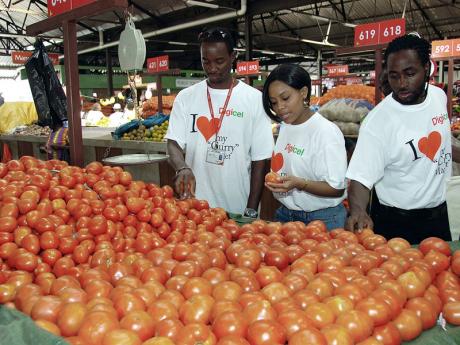 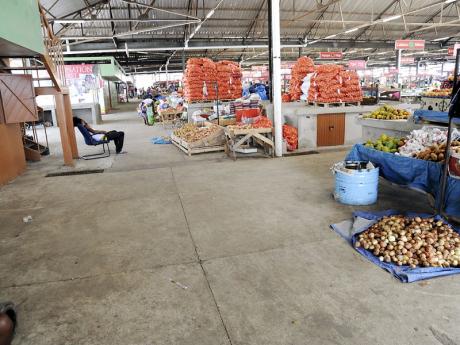 A clean section of Coronation Market in downtown Kingston. - File 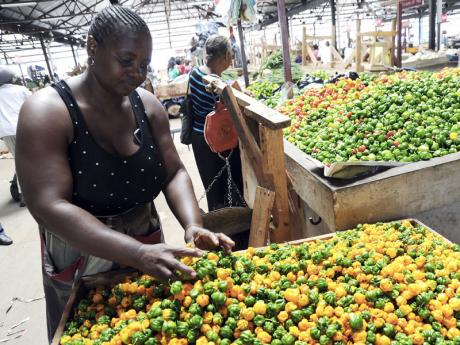 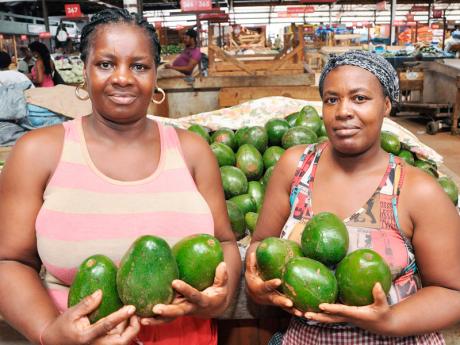 Sisters Marcia Eagle (left) and Jestina Trought who have taken over the selling business from their mother in Coronation Market. - File 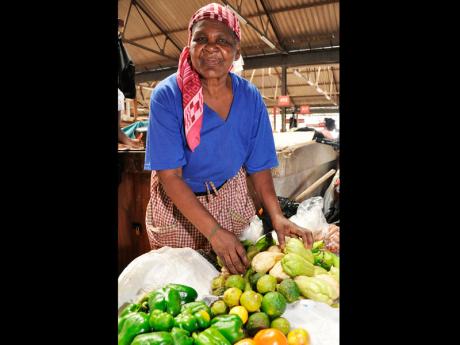 Edith McCrea, 75 years old, has been doing business for years in the Coronation Market. Here, she tends to her now- small stall. - Jermaine Barnaby/Photographer
1
2
3
4
5
6
7

Several vendors in the century-old Coronation Market in downtown Kingston are urging the authorities to ensure that the facility is included in any plan to redevelop the area.

According to the vendors, the rebirth plan of downtown Kingston will be stillborn if more attention is not paid to Coronation, dubbed 'Curry', which is one of the main reasons persons visit the market district.

"How can we talk about development, when there is no water supply in what is one of the biggest markets in the Caribbean. Development is really half or not yet started if you overlook Curry," said Claudette, a vendor who has been in the market for the past three decades.

"Not to mention the safety, Sometime me feel sorry for the security guards, because they cannot manage to keep the market safe," added Claudette.

According to the police, the area is now safe for shopping and conducting business, and shoppers can now park their vehicles without hassle and harassment.

The police reported that several wanted men, extortionists and petty thieves were arrested as they took control of the public car parks. The cops also pledged to maintain a sustained presence in all areas of the market district and surrounding communities.

But that has failed to allay the security concerns of several vendors.

"We know that many persons consider this side of downtown to be violence-prone and I am really concerned about my customers," said a vendor who gave her name as Stacy.

She has been travelling to Curry for many years, starting decades ago when she accompanied her grandmother who was also a vendor.

"If there was proper security, then we could see that our customers are comfortable coming downtown," said Stacy.

"If we allow the people from the neighbouring community to run away our customers, everybody will feel it," warned the long-time vendor.

According to Stacy, unless there is a focus on securing the market district, the effort being made for the redevelopment of the area would be a waste of time.

"We as vendors are willing to make do our part, but we can't do it alone, we need people to come in and make a difference. Downtown Kingston is a big place and we have to start with the everyday issues before they get worse," said Stacy.

The vendors were speaking to our news team during a Power 106 broadcast from the market last week.

They pointed to sections of the market which were given a multi-million dollar makeover by telecommunications firm Digicel and argued that other sections also need to be upgraded.

Digicel spent almost $200 million to refurbish sections of the market, creating a modern, spacious facility which makes shopping a pleasure. Those sections are covered by an ultra-modern roofing system, making the market bright and airy, with vendors in neatly proportioned stalls.

The Kingston and St Andrew Corporation has also announced plans to carry out several major operations to clean-up the market and rid it of illegal shops.

Kingston Mayor Angela Brown Burke made the announcement following a tour of the market facility.

"Recently, we carried out a tour of the facility and we are concerned about the illegal facilities and level of indiscipline returning to the area," said Brown Burke.

Coronation is the largest market for ground provisions in the English-speaking Caribbean, occupying an estimated two acres.

With competitive prices and the availability of almost everything, it is a buzz of activity for most of the year and takes on a special vigour on Saturdays and Sundays.