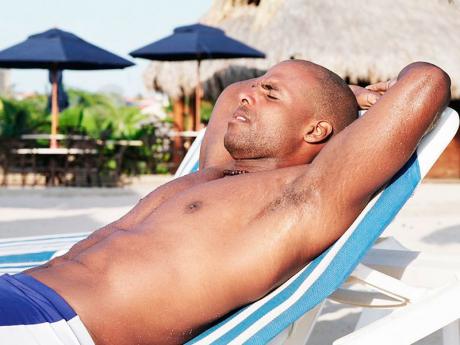 People of dark complexion need an adequate supply of vitamin D for optimum health and to ward off diseases, such as cancer, diabetes and heart disease - which means they need more sun.

Studies are now showing that black people who live in countries that do not have a tropical climate all year round have low levels of vitamin D. In fact, figures are showing that approximately 75 per cent of blacks in these climates are vitamin D deficient.

One recent study suggests that vitamin D deficiency is reaching crisis levels, with more than one billion people worldwide deficient in this vital nutrient. The elderly and those with dark skin are at much greater risk of D deficiency than others.

The recommendation for dark skin people? Get a regular sun bath at least 30 minutes per day. The best source of vitamin D is optimal sun exposure. You don't have to be completely nude, but expose as much skin as possible for better absorption.

Called the sunshine vitamin, vitamin D is the only vitamin that is formed in the body by the rays of the sun. Exposing the skin to sunlight's UV-B for vitamin D3 production is best obtained between the hours of 10:00 am and 2:00 pm.

New evidence also indicates that it takes about 48 hours for vitamin D-containing skin oils to be absorbed into the bloodstream. So, 48 hours after a sunbath, using soap only in areas such as the underarm and between the legs can take care of the hygiene issue without losing vitamin D.