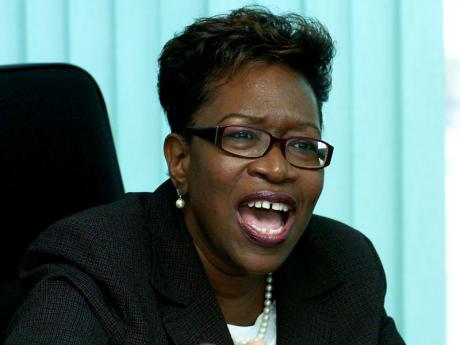 THE COUNTRY'S top prosecutor has raised questions about the strength of all but two of the 11 alleged police 'death squad' cases and has cautioned that they will be reassessed by her office.

Underscoring that a number of materials from the probes conducted by the Independent Commission of Investigations (INDECOM) are still outstanding, Paula Llewellyn, the Director of Public Prosecutions (DPP), said the reassessments would be done after the respective files have been completed.

"The primary reason for reassessing the matters is for me to satisfy myself in respect of whether they are viable matters to be dealt with in the High Court," Llewellyn told The Gleaner on Monday "or whether they should remain in the RM [Resident Magistrate's] Court and preliminary enquiries be held."

Llewellyn's revelation comes a week after the cases involving four of the policemen were removed from the RM Court and placed before the Circuit Court on a voluntary bill of indictment.

Eleven policemen, ranging in rank from constables to sergeants, have been arrested and charged by INDECOM for crimes such as murder, conspiracy to murder, and wounding with intent arising from allegations that they were part of a police death squad operating in Clarendon. INDECOM is alleging that since 2009, nine civilians have been killed in police-involved shootings that were initially reported as homicides involving civilians and gunmen.

Two of the policemen, Corporal Kevin Adams and Constable Collis 'Chuckie' Brown, are each charged with four murders.

In announcing on Tuesday that he was bringing an end to his 34-year career in the Jamaica Constabulary Force (JCF), outgoing police commissioner, Owen Ellington, indicated that his departure would allow INDECOM "to probe allegations of police-involved killings in the Clarendon Division without any perception of influence or interference on his part".

Yesterday, INDECOM refused to shed light on whether Ellington was being investigated for involvement in the alleged police 'death squad' killings.

The oversight body has also avoided questions from The Gleaner about whether it was satisfied with the cooperation its investigators received from Ellington.

"It would be inappropriate for the commission to comment on any issue touching on or related to the investigation at this time," was all INDECOM was prepared to say in a terse two-sentence response emailed to The Gleaner yesterday by Senior Public Relations Officer Kahmile Reid.

Reid underscored that the investigation was still ongoing and indicated that the one answer was for the two questions.

However, without divulging too many details, Llewellyn said her office invited INDECOM boss Terrence Williams and his team to its offices and had some of her senior staff go over each of the 11 cases, "indicating that there were outstanding materials that INDECOM needed to send for the completion of nine of the files", without revealing what materials were outstanding.

"What is paramount is that I must be satisfied that there is sufficient evidentiary material to sustain a viable prosecution in the High Court," she insisted.