Do more to combat violence against children - UN rep 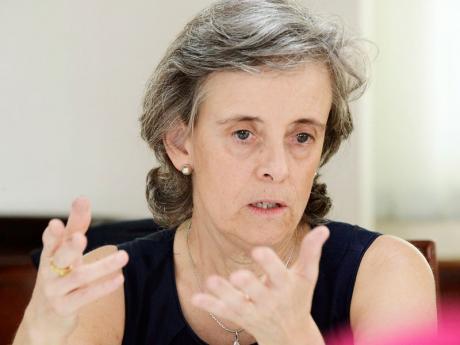 Jamaica is being lauded for the steps being taken to protect the nation's children from all forms of violence. However, the country is being told it has a long way to go to eliminate the culture of abuse that has become somewhat entrenched.

Speaking at The Gleaner's Editors' Forum yesterday, United Nations (UN) Special Representative of the Secretary-General on Violence against Children Marta Santos Pais, said progress in protecting the rights of children was much more than enacting new laws.

"We realise that the process of change that we need to see happen in all societies is much deeper and longer than to tick off the box of having a new law," she stated.

She said Jamaica's decision to review its childcare and protection legislation after a decade was a step in the right direction, but these laws must be accompanied by the necessary policy and cultural shifts.

Using the example of provisions in the Constitution, which prohibit corporal punishment, Pais said this was only halfway, as the real change would come about when people no longer saw this as a method of punishment, but as an act of violence against children.

"There are many challenges but we see a number of steps being undertaken to go in the right direction, we know that some stages can be achieved sooner ... . This is good, but it's not enough," she argued.

She said the region has had a culture of violence, and offences such as child sexual abuse are deep-rooted in countries like Jamaica, and should be put squarely on the countries' development agenda.

"Violence against children needs to be recognised as a priority for the country's development agenda, and the protection of children from abuse, exploitation and, ill-treatment needs to be the main preoccupation of society," she argued.

She said Jamaica has been acting as an example to other nations that changes can come about, but these positive things must be amplified in short order.

Mark Connolly, United Nation's Children Fund (UNICEF) representative to Jamaica, said the country must move beyond just legislation and begin to think about strategies to sensitise the public about violence against children.