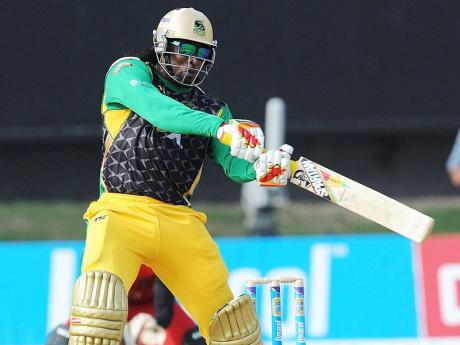 Children between three and 12 years old will be eligible for half-price tickets when attending games with an accompanying adult, and any child under three will get in for free to the regional Caribbean Premier League (CPL) Twenty20 cricket tournament, the CPL announced yesterday.

"One of the main goals of the CPL is to encourage young cricketers and engage a fresh, new audience in the region. By offering half-price tickets to kids between three and 12, we're making the tournament as accessible as possible to families and the next generation of West Indies cricketers," said Limacol CPL CEO, Damien O'Donohoe.

Tickets for all 30 matches of the CPL, plus 'Beefy's Bash' - the all-star charity game in St Kitts and Nevis - are currently on sale, with a mixture of morning, afternoon, and evening start times to cater for all audiences across the Caribbean.

The high-octane T20 tournament, which is set to be bigger than ever, will feature global cricketing superstars Chris Gayle, Kevin Pietersen, Dwayne Bravo, Ross Taylor, Saeed Ajmal, and Kieron Pollard, as well as a concert from hip-hop megastar Rick Ross, during finals week in St Kitts and Nevis.

The CPL, which thrilled sell-out crowds across the Caribbean in 2013, is once again looking to excite fans with high-intensity T20 cricket and an even bigger and better tournament in 2014.

Grenada, known for its vibrant culture and hospitality, will serve as the opening venue on Friday, July 11, when the Guyana Amazon Warriors take on the Antigua Hawksbills at the National Cricket Stadium.

Tickets are currently available online from CPLT20.com and Kyazoonga.com/CPLT20. Tickets will also be available to fans of the Biggest Party in Sport via stadium box offices, Courts, and Digicel outlets from 9 a.m. today.