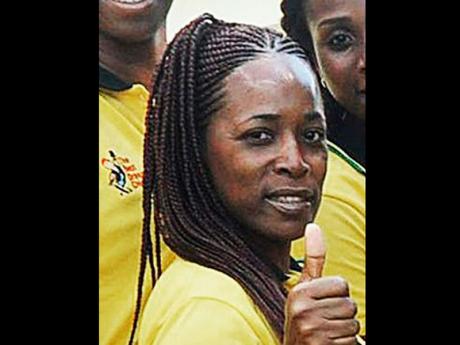 Minette Reynolds, head of the Jamaica Sunshine Girls, said they are determined to win a medal for the country at this month's Commonwealth Games, which will be held in Glasgow, Scotland, from July 23-August 3.

The Sunshine Girls, who are ranked fourth in the world, finished in the very same position at the last tournament that was held in Delhi, India, in 2010.

Reynolds told The Gleaner in an interview following Netball Jamaica's (NJ) release of the 12-member squad yesterday that while her team's target is to win the tournament, they would settle for any other medal if that did not materialise.

"The aim is to finish number one, but if we don't achieve that, then we want to finish with a medal because we don't want to come home empty-handed," said Reynolds.

"It is going to take a lot of hard work, dedication, and commitment to the job at hand," she admitted.

The team includes veteran defenders Kasey Evering and Nicole Aiken-Pinnock, who are making their return to the international arena after a three-year absence.

Malysha Kelly, who captained the national team on its last overseas series against hosts England and New Zealand, and Stacian Facey, who was the Most Valuable Player (MVP) in this year's NJ Elite League, are the other defenders in the squad.

Romelda Aiken and Jhaniele Fowler, who recently returned to the island after competing in the ANZ Championships - which is played in Australia and New Zealand - are the goal shooters named in the team.

Long-range shooting specialist Thristina Harwood, who was the MVP at last year's World Fast5 Series, along with Shanice Beckford, are the goal attacks.

Reynolds said that the squad was very rounded and the players had committed to do their best.

"It is a mixture of youth and experience, and the squad has players who can play more than one position," she pointed out.