No Wimbledon repeat for Murray 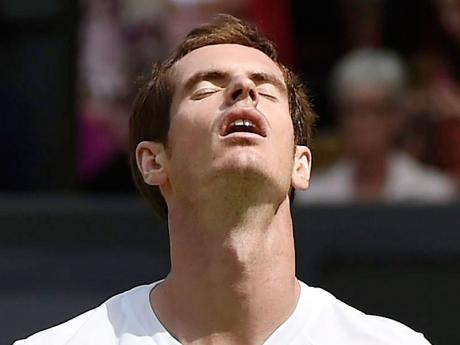 The silence at Centre Court made it abundantly clear that Andy Murray's time as Wimb-ledon champion was coming to a close.

When one last forehand fell short, the magical ride ended for Murray and his fans with a 6-1, 7-6 (4), 6-2 loss to the 11th-seeded Grigor Dimitrov, who became the first man from Bulgaria to reach a Grand Slam semi-final.

"I have very good memories from that court out there. It's a special court for me," said Murray, who lost the 2012 Wimbledon final there, won that year's London Olympics gold medal there, then won his historic title 12 months ago there. "I mean, you can have bad days as an athlete. You don't win all of the time. Sometimes you just have to take it on the chin and move on."

On the other half of the draw, Roger Federer will face No. 8 Milos Raonic, the first Canadian man in a Grand Slam semi-final since 1923.

Federer was broken for the first time in the tournament and dropped a set for the first time, too, but defeated Australian Open champion Stan Wawrinka 3-6, 7-6 (5), 6-4, 6-4 in a matchup between a pair of pals from Switzerland.