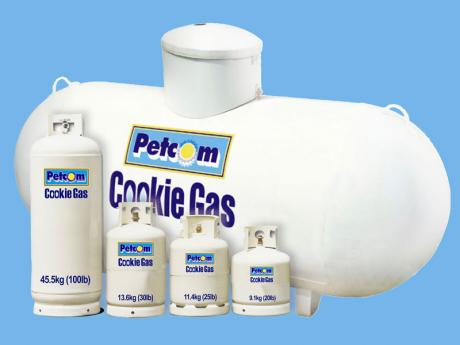 Mauricio Pulido, chief executive officer of GB Energy Jamaica, said on Tuesday that the company is awaiting publication of the information memorandum on Petroleum Company of Jamaica, Petcom, to assess the quality of the opportunity being offered.

The sale of the state-owned petroleum marketing company is being handled by Development Bank of Jamaica (DBJ), which last said it would begin the tendering process by the end of the summer.

"If the numbers make sense," said Pulido, acquisition of the network of stations would be one way for GB Energy to meet its growth targets within Jamaica.

GB Energy already operates the Texaco Jamaica network, which it took control of in November 2012, with the acquisition of Chevron Caribbean SRL by parent GB Group. That network comprises 33 licensees, two company-operated dealerships and another 27 supply partnerships, totalling 62. Pulido said last week that 54 of those businesses operate under the Texaco marquee.

DBJ published a marketing teaser on the Petcom divestment last December and said it would be inviting bids by this September.

On Wednesday, the bank reiterated: "The enterprise team is currently undertaking due-diligence activities and expects that same will be completed within the next three months. Once due diligence is complete, the transaction will move to next stage, where interested investors will be given an opportunity to submit formal expressions of interest and pre-qualify to participate in the bidding stage."

Petcom sales have topped $11 billion in each of the last two years, according to finance ministry disclosures on public bodies. The company is estimated to have made a profit of $88 million at yearend March 2014, and is projected to quadruple that performance to more than $230 million net profit this year.

The petroleum marketing company's net worth was also estimated at just under $750 million, and its assets at $1.9 billion, of which $828 million are fixed assets.

"We are basically waiting on the information memorandum so we can assess if it makes sense for the plans for growth we have," said Pulido.

"We want to consolidate and add more. To grow organically is difficult, so one way to grow is to buy one of the existing networks."

The company is also open to any other opportunity, he adds. GB Energy/Texaco Jamaica's website also indicates that the company plans to develop partnerships in bunkering, liquid petroleum gas distribution, and lubricants.

Pulido said GB Energy has rights to the Texaco name for another two years, and related negotiations are ongoing.

Asked whether the talks were about extending licensing rights to the Texaco name, Pulido said disclosures now would be inopportune.

Local competitor Rubis Energy Jamaica has about 53 service stations in its network. The French-owned company acquired the Shell Jamaica network from American-owned Antilles Group in December 2012, and is in the final stages of rebranding the stations to RUBiS.

The other big player, Total Jamaica, which is also French-owned, has about 56 stations, as indicated on its website, having acquired the National gas station network on entry and later the local Esso network, all of which were rebranded to Total.

Petcom's market share is estimated at 12 per cent, while the top three dealer networks are said to control 72 per cent of the market.