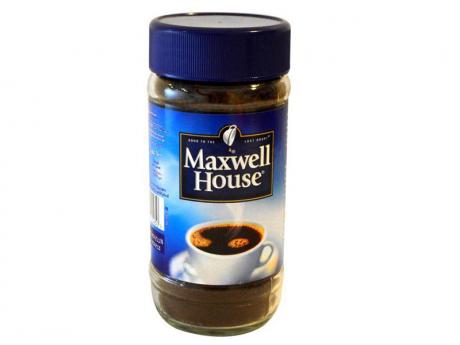 Facey says it is targeting coffee drinkers aged 16 to 35 "who don't see hot beverages as fashionable," according to brand manager Romaro Samuels.

"We want to let them see the versatility of the product which can be had either hot or cold," he said.

Maxwell House is a foreign brand made by Kraft Foods, an American company with which Facey has partnered for more than 30 years to sell its products in Jamaica.

It lost that business to Lasco Distributors Limited on January 2 of this year.

The company said that Maxwell House is intended to replace the business lost from Salada in the Musson portfolio. The contract took effect on May 25, giving Facey another stab at coffee distribution. The company had participated with Geddes Grant in the distribution of Salada products, Samuels said.

"When they lost it, they didn't have a coffee product to sell ... so they got the opportunity to get the agency for Maxwell House. We hunted around and everybody knows Maxwell House; it's another player in the market," added Michael Subratie, a director of Musson Jamaica Limited and managing director of Geddes Grant, adding that the foreign brand is expected to compensate for some of the shortfall.

In the distant future

"It's in the pipeline and not too much in the distant future," Samuels said.

Facey is projecting that it can eventually corner 25 to 30 per cent of the instant coffee market with the new product, but neither Subratie nor Samuels would give a timeline on when they expect to hit that target.

"Our main focus now is to get the distribution sorted out," Samuels said.

"We are not telling ourselves that we are going to be the leaders in the market, but what we want to do is to help this category to grow," the brand manager said.

Maxwell House coffee holds fourth place among the top 10 brands in the United States. The product retails locally for $250 to $600 for sizes ranging from two to eight ounces and flavours that include mocha, hazelnut and French vanilla, said Samuels.

Comparatively, a six-ounce jar of Salada's Mountain Peak retails for about $1,000.

Samuels said Facey is not aiming to be a low-cost leader, but to sell a product that is "competitively priced".