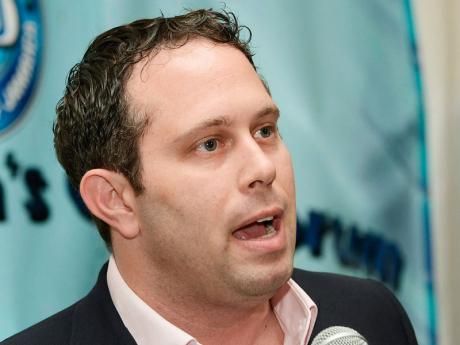 Jamaica's fast-growing business process outsourcing industry (BPO) is projecting a growth rate of 50 per cent in the next two years, and the creation of 7,000 new jobs.

Some of that growth is expected to be facilitated by the creation of a business incubator for BPO businesses to be developed with backing from the Inter-American Development Bank (IDB).

The industry's potential was estimated by president of the Business Process Industry Association of Jamaica (BPIAJ), Yoni Epstein, at the signing ceremony for a US$500,000 grant ($56 million) funnelled through the Compete Caribbean programme, at the IDB's Jamaica office in New Kingston on Wednesday.

The grant is "the biggest thing to happen to our industry for many years," said Epstein. It will "kick start the new wave of BPO in Jamaica," he said.

The grant will finance an incubation centre in the Montego Bay Free Zone to assist new investors to more easily enter the Jamaican BPO market.

"Jamaica is well established as a destination of choice," Epstein said. But there is also more room for Jamaican investors, as there is "strong domestic demand" from banks, hotels and insurance companies, Epstein said.

Winning the grant was no easy process. Going to Barbados to make his pitch for the grant to an IDB panel "was one of the most intimidating things I've had to do," Epstein said.

The grant is well placed and timely, and will "spur further investment in the sector," said Minister of Investment, Industry and Commerce, Anthony Hylton.

The incubation space will make it easier for BPO businesses to transition from the start up period to cementing themselves in the industry, Hylton said, adding that BPO is the fasted growing sector, "attracting investment almost every month".

The industry currently employs about 14,000 people.

Compete Caribbean is a private sector development programme jointly funded by the IDB, DFID and DFATD.