Posters on Pegasus, Marcia on music 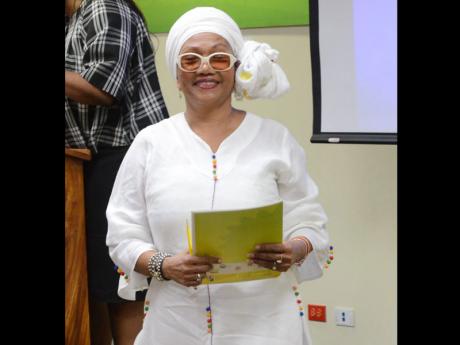 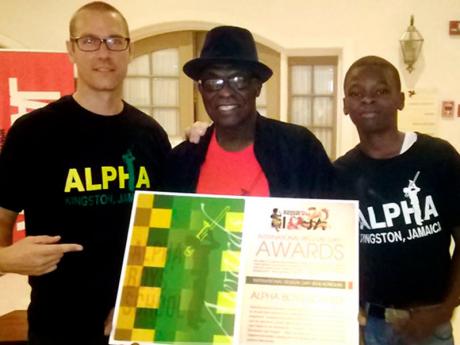 Although there were stars involved, persons looking upwards from The Jamaica Pegasus' front lawn and, across the street, just outside Emancipation Park, were not star-gazing, in the traditional sense, on Tuesday night.

The glowing objects of attention were much closer and, to the naked eye, sharply defined, as posters from the International Reggae Poster Contest were projected on one of the hotel's front walls. Among the stars who earned the artists' attention were Peter Tosh, Dennis Brown, Jacob Miller and Burning Spear, with work from Charis Tsevis (Greece) and Taj Francis (Jamaica), as well as persons from Poland, Japan and other countries, graphically illustrating reggae's global reach.

Stars of the musical kind were made flesh at the ceremony, inside the hotel, to officially hand over this year's International Reggae Day awards.

Celebrated on July 1, annually, this year the day's global media party was complemented in Jamaica by events at the Dub Club, the Conscious Party series in Cross Roads, Bridget's Sandals, Alpha Boys' School and Redbones, among others.

Also on the slate of activities were events at Miss Lily's in New York and Queen Kapulani Park in Waikiki.

This year's honorees are designer Neville Garrick, the Alpha Boys' School for its work in training musicians and singer Marcia Griffiths.

There was little need to urge those still seated to stand when Andrea Davis, founder and organiser of International Reggae Day, introduced Griffiths as "a woman who, through her talent and grace, has represented Jamaican music as only she can".

Griffiths celebrates 50 years in music this year and, Davis said, she has longevity, she has catalogue, she has style. They are very important elements in what has turned out to be a 50 year career."

With an appearance that belies half century behind the microphone, and clad to display her style, Griffiths gave praise to the Most High God.

"I have no doubt I was chosen, given a talent to teach, uplift and elevate through reggae," she said. And, looking back, she has no regrets. "If I could be 16 years old again, relinquish everything I have experienced, I would keep my experience and my age. I would not want to be 16," she said.

Crediting Bob Marley for showing her that music is much deeper than entertainment, Griffiths spoke about being an inspiration to a number of female singers, and male as well, citing I-Wayne referring to her as an influence during an interview.

And Griffiths dipped into that catalogue to do a part of I Shall Sing, a capella, the audience joining her on the chorus.

Neville Garrick's daughter, Naomi, accepted the International Reggae Day award on his behalf. Naomi said Neville "... will continue to colour the music in the struggle for black liberation.

Michael Thompson, co-organiser of the International Reggae Poster Contest, described Garrick as "a pioneer, helping to move us along this journey".

Winston 'Sparrow' Martin, accompanied by his son, accepted the award on behalf of Alpha.

Dr Marcia Forbes of Phase 3, which contributed the Pegasus-wall projection, spoke about the company's lengthy involvement with Jamaican popular music, which precedes its official 30 years as a company.

The hotel's general manager, Peter Hilary, said reggae is as much a part of Jamaica as "the beaches, sun and wonderful people", committing to the International Reggae Day celebration in the long run.

Professor Carolyn Cooper, noting the observance of International Reggae Day, remarked on the unfortunate trend of not building on what already exists. "I think it is a pity that when we had the idea for Reggae Month we did not say we have a Reggae Day," Cooper said.