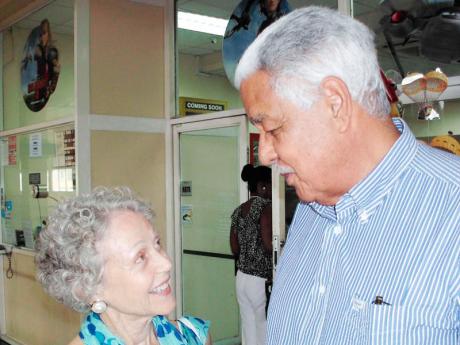 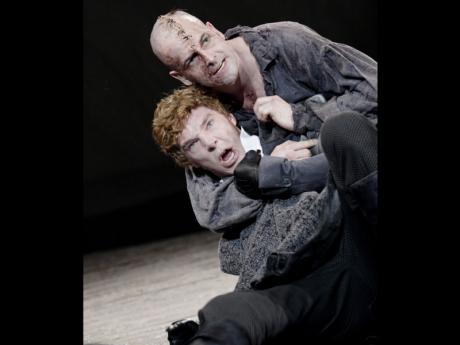 Every month since January the best productions of some of the best plays ever seen in Jamaica have been available for viewing. (I make that claim with little fear of successful contradiction.) And yet, in view of the thousands of theatre lovers in the island, relatively few people have availed themselves of the offer.

The last in that line-up of superlative plays may be viewed on Sunday - and only then, as the offer will not be repeated. Knowledgeable readers will have caught on by now that I'm not referring to local productions, but those of the Royal National Theatre in London, England, one of the world's top theatre companies. The screenings are at Palace Cineplex, Sovereign Centre, Liguanea.

The plays were digitally recorded in front of live theatre audiences, with the cameras carefully positioned throughout the auditorium to ensure that cinema audiences get the equivalent of the best seats in the house. Additionally, those audiences get to see pre-shows or interviews between acts with theatre personnel.

Why the small turnout so far? I suspect it's because the mass of our theatregoers felt that the plays offered are about highfalutin topics - and in a foreign language (Shakespeare's), to boot.

It's true that four of the eight plays were Shakespeare's Othello, Hamlet, Coriolanus and King Lear, but all were given contemporary production components. For example, the characters wear modern clothes or military garb and the actors (all are superb) speak the language in a naturalistic way, making it quite accessible.

But apart from Shakespeare, there was Frankenstein (and he's one of the most popular figures of fiction, film and theatre). People didn't flock to that show either, though there was a better-than-average turnout for War Horse.

There was also a powerful domestic drama in late June, The Curious Incident of the Dog in the Night-Time, based on the best-selling novel of the same name about an autistic boy's attempts to discover who killed his neighbour's dog.

After that screening, I had a chat with Palace Amusement's managing director, Douglas Graham, and his wife Melanie, the marketing manager. Among other things, Graham spoke of this Sunday's play, A Small Family Business.

A modern comedy-drama by one of Britain's best-known playwright's, Alan Ayckbourn, it has received excellent reviews since premiering in May 1987 at The Olivier in The Royal National Theatre's complex, which has three theatres. It was revived on the same stage in April this year.

Graham pointed out The Curious Incident of the Dog in the Night-Time will open on Broadway, New York City, in September. "But then," he said drily, "you have to get to Broadway."

He has not been discouraged by the small turnout for the plays. Those audiences, he said, have been "marginally better" than those for the operas that Palace Amusement has been transmitting seasonally since October 2012, live from the New York's Metropolitan Opera.

"The audiences (for the plays) have been growing," he said. "It's encouraging. The plays are all in English, while the operas are in different languages. I think people are a bit easier with an English play, especially one from the London West End, than they're about the opera."

He added: "It's a market segment that I would really like to encourage, for Hollywood is not catering to them and everybody needs entertainment."

Graham explained that it was because of small audiences that the plays were not offered in Palace Amusement's Montego Bay Multiplex, and screening of operas there has been discontinued.

"The audiences were in single digits," Graham said. Then, he admitted, "we are in discussions with people in Montego Bay who are upset about the discontinuation and we are trying to work out something with them."

Graham said the National Theatre plays cannot get repeat showings in Jamaica. This is unlike the Met's operas, which are recorded and may be shown again in a subsequent season. (The list of this summer's encore operas will be released soon.)

As we wrapped up the interview, Graham gave me a small scoop - a "little cherry sitting on top of the ice cream". He meant the possible screening of a ballet by Moscow's renowned classical ballet company, the Bolshoi Ballet. (Founded in 1776, it is Russia's foremost ballet company and among the world's oldest.)

Said Graham: "We discovered that the Metropolitan Opera has a deal with the Bolshoi Ballet for North America, including Canada, and I am now in discussion with them to have access to the Bolshoi through the Met's transmission system."

If the talks pan out and his company is able to get rights to transmit a show, Graham said, it will be for one performance only sometime this year. "The deal for North America, including Canada, has already been signed (with the Bolshoi)," he said. Laughing, he added: "They'll just have to make an amendment for it to say North America and Jamaica."

If the agreement is made, we can look forward to a first-class show. Meanwhile, we look forward to A Small Family Business, a humorously told modern-day morality tale which demonstrates how a small compromise by a businessman leads to tragedy.