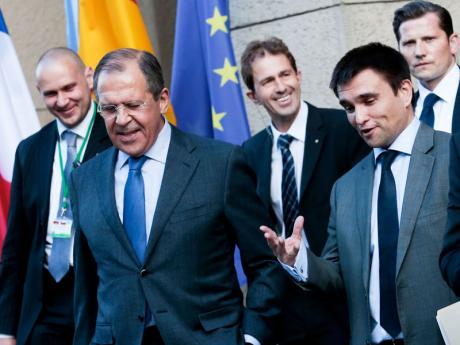 Ukraine's president shook up the leadership of his struggling military yesterday, appointing a new defence minister and top general tasked with stamping out the corruption that has left the country's armed forces faltering before a pro-Russian insurgency.

President Petro Poroshenko denounced the "complete collapse" of the government's ability to supply the armed forces in a sometimes angry speech in parliament.

"Today, the revival of the army is starting from the scratch, the army which is capable of fighting and winning," Poroshenko said in parliament. "I have witnessed that during meetings with soldiers and officers while visiting the zone of anti-terrorist operations, the army which knows how to and is able to defend its people and country. "

Kiev has struggled to re-assert control over the country's industrial east, where fighting between government troops and pro-Russia separatists has claimed more than 400 lives since April. The army has been unable to prevent rebels from occasionally cruising the countryside in armoured vehicles or to dislodge them from the occupied town of Slovyansk.