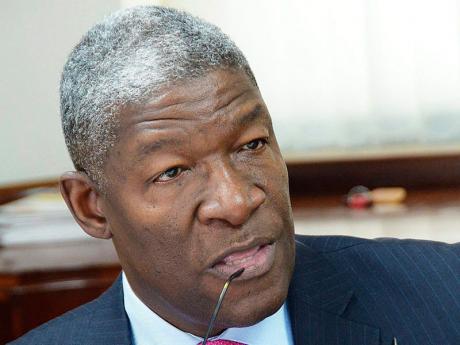 The Government is steering clear of developments concerning the sudden retirement of Police Commissioner Owen Ellington.

In the latest development, The Gleaner reported yesterday that it appeared that the Government may have been forced to ensure that Ellington leaves the Jamaica Constabulary Force because of international pressure.

This includes the possibility of the withdrawal of critical financial support by the United States because of its concern about extrajudicial killings by the police.

Gleaner reporters raised the matter at the weekly post-Cabinet press briefing yesterday. However, the minister with responsibility for information, Sandrea Falconer, was reserved in her comment.

Pressed about reports of the revocation of Ellington's visa, Falconer said that question should be directed at the outgoing commissioner.

In a statement on Monday, National Security Minister Peter Bunting reported that Ellington said he was leaving the force so that the Independent Commission on Investigations could investigate allegations into the so-called 'death squad' without any appearance of interference.

The death squad probe relates to the investigation of alleged extrajudicial killings by police personnel.

Ellington has also said he wanted to leave the force before the start of the commission of enquiry into the May 2010 police-military operation in west Kingston.