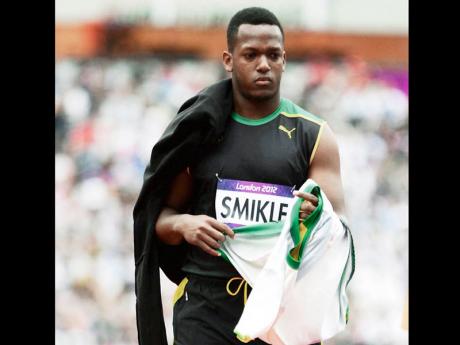 Lawyers representing Traves Smikle are said to be looking at the best possible options to appealing the decision of the Jamaica Anti-Doping Disciplinary Panel's to ban the national discus record holder for two years, following his failed drug test for a diuretic in June 2013.

Smikle, 21, a student at the University of the West Indies (UWI) Mona Campus, had tested positive for the diuretic hydrochlorothiazide (HCT) at the National Championships in June 2013 but declared his innocence saying he never knowingly took any prohibited substance. He had submitted three partial urine samples as he was unable to provide the required amount when he was tested after competition. Head of the UWI Sports Department Dalton Myers told the Gleaner that, "The lawyers are reviewing the ruling and an appeal is definitely on the cards."

On June 2, almost a year after the athlete failed the test, and before the disciplinary panel comprised of Kent Pantry, Juliet Cuthbert-Flynn and Dr Irvin Crandon, Smikle's lawyer Dr Lloyd Barnett argued that like the case involving Olympic gold medalist Veronica Campbell-Brown, whose ban was overturned by the Court of Arbitration for Sport in February, Smikle's case should have been dismissed.

Smikle provided three samples when he was tested in June 2013, but contrary to International Testing Standards, he was allowed to deposit all his samples into the same container.

JADCO's attorney Lackston Robinson, however, insisted that the athlete be banned for two years. While he agreed that there was a departure from the accepted testing standards, the results were not invalid.