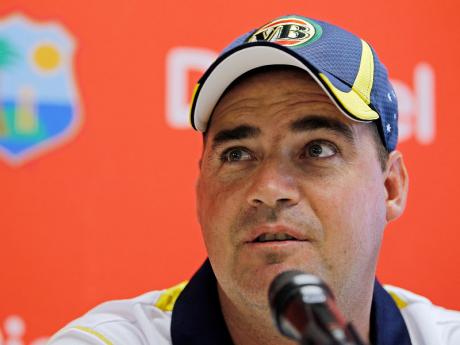 Coach Mickey Arthur is expressing delight at joining up with the Jamaica Tallawahs ahead of their Caribbean Premier League (CPL) title defence starting next week.

The former South Africa and Australia coach, who takes over from former England wicketkeeper, Paul Nixon, arrived here earlier this week and held his first training session with the Tallawahs on Wednesday at Sabina Park.

"I put my name up to coach any team in the league, but when I got Jamaica, I was really excited," said Arthur.

"This is because of the Tallawahs team, and the players, and getting the opportunity to work with Chris Gayle again.

"I worked with Chris for Western Australia for two years, so I think it is safe to say that Chris and I have an excellent relationship."

Arthur, who led South Africa to the semi-finals of the 2007 Cricket World Cup here in the Caribbean, added that he was happy that he will be working alongside Courtney Walsh, who has been appointed mentor of the team.

"To have a man like Walsh involved in the team gives it a massive amount of integrity," said Arthur, who coached Australia between 2011 and last year.

"I want us to be the most successful team, and, I want us be very professional in everything that we do - our training, playing, preparations, and executions.

"Whether that translates to ultimate success, we don't know.

"But I hope to bring sustainable success to the Tallawahs, and which means good structures, good coaching and good preparations," the South African added.

The Tallawahs' first training session, which primarily focused on fielding drills, featured several players who were part of the team's success last year.

Gayle, Taylor and Blackwood, who were a part of the West Indies Test team during their home series to New Zealand, are set to join up with the Tallawahs today.

Russell, a member of the regional side's Twenty20 outfit, is slated to join the Tallawahs next Wednesday in Grenada while Vettori and Vogues are scheduled to arrive in Jamaica this weekend.

The Tallawahs will start the defence of their title next week Saturday against Darren Sammy's St Lucia Zouks at the Grenada National Stadium.